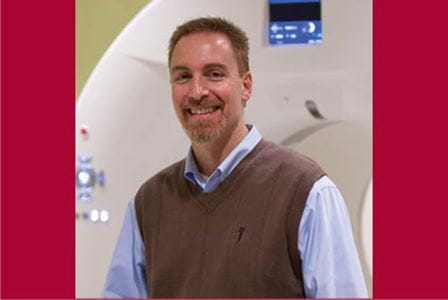 INDIANAPOLIS—Researchers from an Indiana University School of Medicine-led consortium of Alzheimer’s disease experts are studying how an anti-seizure drug used to treat epilepsy in children and adults could be repurposed as a potential therapeutic for Alzheimer’s disease.

IU School of Medicine recently announced that MODEL-AD, a consortium of experts at IU, Jackson Laboratory, the University of Pittsburgh School of Medicine and Sage Bionetworks, will receive $48.8 million over the next five years from the National Institute on Aging (NIA), the largest branch for Alzheimer’s disease research within the National Institutes of Health (NIH).

Paul Territo, PhD, professor of medicine at IU School of Medicine, and Kristen Onos, PhD, research scientist at the Jackson Laboratory, led the write-up of the study, which sought to assess levetiracetam’s potential as an Alzheimer’s therapeutic through a newly developed rigorous preclinical testing pipeline.

The team first performed experiments to determine the optimal dose strategy and range in a mouse model that overlaps with some aspects of human Alzheimer’s disease. They followed this with a chronic dosing study using multiple doses of the drug.

The outcomes of the study, also known as pharmacodynamics, were primarily focused on what could translate directly to the human clinic, which include PET/MRI scans using a tracer to assess bran amyloid deposition and a tracer to assess brain metabolism/activity. Sequencing of brain tissue was also performed to look at gene expression changes that occurred as the result of drug treatment.

“Not only did we focus on making a rigorous testing pipeline, but we also prioritized measurements that directly translate from the animal to the human as much as possible,” said Onos, the first author of the paper.

Territo and Onos said the team chose to test the anti-seizure medication because of its current clinical trial status. They also highlighted that it was important to select a drug that had a non-traditional mechanism of action, outside of the typically used amyloid lowering compounds. As Alzheimer’s disease can cause hyperexcitability in neurons in the brain, the hope is that the use of an anti-epileptic will help bring the brain back to normal levels of functioning.

Based on their work, the team discovered important sex differences in the effects of levetiracetam. Overall, the disease state showed the greatest improvement in female, rather than male mice. While this could be for several reasons, it’s promising as women are more likely to be afflicted with Alzheimer’s disease, independent from increased longevity, they said.

“We’re trying to do research not only to advance our basic understanding of how disease progresses in Alzheimer’s disease, but how can you possibly apply new therapeutic approaches that are not specifically targeting amyloid and tau,” Territo said.

MODEL-AD provides their findings as a resource to the broader research community, and researchers can visit stopadportal.synapse.org to submit compounds for consideration.