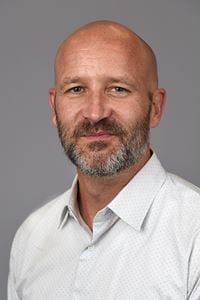 INDIANAPOLIS—A new $5.5 million grant from the National Institute of Mental Health aims to help with suicide prevention in adolescents in the juvenile justice system in Indiana. The grant was awarded to a project led by Matt Aalsma, PhD, professor of pediatrics at Indiana University School of Medicine, and Katherine Elkington, PhD, associate professor of medical psychology at Columbia University.

”Suicide is the second leading cause of death among young people in the United States,” said Aalsma. “Suicide risk is not uniform across youth, and those involved in the juvenile justice system are at even greater risk for suicidal behavior given their increased prevalence of mood and substance use disorders, trauma exposure and access to firearms.”

While screening for suicidal behavior is more prevalent in secure settings, it is rarer with youth who are supervised in their community.

“Suicide risk screening is one piece of a comprehensive suicide prevention approach that ensures providers are taking the time to ask teens about suicide-related thoughts,” stated Christopher Drapeau, PhD, executive director of prevention, suicide prevention and crisis response at the Indiana Family and Social Services Administration. “When suicide risk screening is coupled with a thoughtful care pathway that includes a comprehensive suicide risk assessment and person-centered suicide risk reduction treatments, it can serve as a potent means of reducing the likelihood of a suicide attempt.”

E-Connect, a digital-based program developed by Columbia University, helps to identify suicide and behavioral health risk in youth on probation. The program generates a risk classification report and recommends courses of action, which are then passed along to the probation officer, who facilitates a referral based on system guidance. Use of E-Connect in a previous study resulted in a 20 percent increase in the number of behavioral health referrals issued by probation officers.