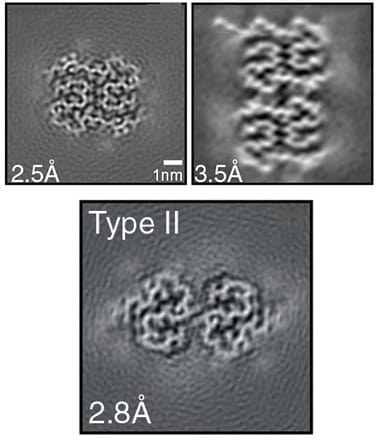 INDIANAPOLIS—Indiana University School of Medicine researchers are making new discoveries about the pathological changes in people who have inherited Alzheimer’s disease versus developing the disease sporadically. These findings could lead to new ways of preventing and treating the disease.

In a new paper published in Science, researchers from the MRC Laboratory of Molecular Biology in Cambridge, England, United Kingdom and IU School of Medicine detail new findings about senile plaques, which are made up of a peptide called Amyloid-β 42 (Aβ 42). The study shows for the first time that the structure of the Aβ 42 filaments is different in sporadic and inherited Alzheimer’s disease. Type I filaments were found mostly in the brains of individuals with sporadic Alzheimer’s disease and Type II filaments were found in individuals with familial Alzheimer’s disease or other neurodegenerative conditions.

“Although senile plaques have been known to be one of the main pathological changes in Alzheimer’s disease for over a century, their nature and composition has been gradually unraveled during the past four decades,” said Bernardino Ghetti, MD, a distinguished professor and professor of pathology and laboratory medicine at IU School of Medicine. Ghetti is a corresponding author of the paper and a lead researcher at the Indiana Alzheimer’s Disease Research Center.

“This new knowledge of the filament structures provides deeper insights into the disease process in Alzheimer’s and may lead to the development of compounds that can prevent the disease by inhibiting filament formation as well as new methods for brain imaging,” Ghetti said. “This paper opens a new chapter for imaging and therapeutics.”

The study was supported by National Institutes of Health grants. Other study authors from IU School of Medicine include Holly Garringer, PhD, Kathy Newell, MD and Ruben Vidal, PhD. Read the full publication in Science.