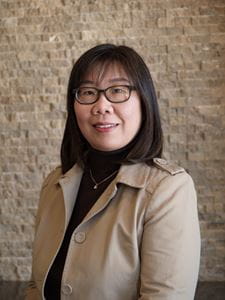 INDIANAPOLIS—Research at Indiana University School of Medicine has uncovered a correlation between concussed athletes’ recovery time and the degree of concussion-related brain white matter alterations.

Led by Yu-Chien Wu, MD, PhD, associate professor in the Department of Radiology and Imaging Sciences at IU School of Medicine, and published in the journal Neurology, the study focused on the measures of white matter, axonal integrity, the components of brain cells that communicate information within the brain.

Wu’s team looked at 219 college athletes from different contact and non-contact sports, and used diffusion tensor imaging (DTI) to detect acute changes in the brain white matter due to concussion and discovered that these differences were associated with clinical outcomes and delayed recovery time for college athletes.

With nearly 4 million sport-related concussions occurring annually among young athletes, experts are eager to understand the history and timeline of recovery for concussions. This research at IU School of Medicine shows that the degree of brain white matter involvement does correlate with how long it takes to recover and return to activity, potentially providing concussion experts and the public with a new method for predicting and monitoring recovery trajectory after concussion.

Wu’s research is part of the NCAA-United States Department of Defense Concussion Assessment Research and Education (CARE) Consortium, a multi-site study and the largest study to date of the effects of concussion and repetitive head impacts in college athletes and military service academy cadets. While previous concussions studies have been able to compare participants with and without concussions, no study before the CARE Consortium had been able to compare various types of participant groups for longer periods of time.

“The across-time point prediction has not been studied or reported before in the literature,” Wu stated in her study.