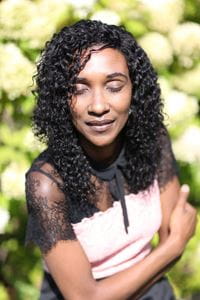 Researchers at Indiana University School of Medicine have launched a new, unique study recruiting black women with breast cancer designed to better understand and treat neuropathy, a side effect from chemotherapy. The National Cancer Institute-sponsored clinical trial, EAZ171, is led by Bryan P. Schneider, MD, professor of medicine and medical and molecular genetics and the Vera Bradley Chair of Oncology at IU School of Medicine.

“We found one of the most prevalent and debilitating  chemotherapy side effects, known as taxane-induced neuropathy, is markedly more common in African American women and astonishingly so, almost double the risk we see in women of other races,” said Schneider.

His team’s earlier studies found that women of African ancestry receiving treatment for breast cancer suffer from neuropathy more than women of European ancestry. Neuropathy is nerve damage that can show up as weakness, numbness or throbbing pain in the hands and feet. Neuropathy can occur during treatment and be permanent.

Schneider says this toxicity not only impacts a patient’s quality of life, but also reduces the amount of chemotherapy that African American women receive, since neuropathy often leads the physician to lower the dose of chemotherapy or even stop treatment completely. This effect contributes to why African American women are more likely than white women to die from breast cancer.

“The real goal here is a pragmatic clinical trial where we can answer what we think to be a very important and practical question,” said Schneider. “Can we figure out which chemotherapy would be best for African American women who are undergoing treatment for their breast cancer?”

This latest study is also designed to confirm which black women are most at-risk for developing neuropathy during breast cancer treatment based on their genetics. Schneider says the African American female population is historically under-represented in research, and he and his team are encouraged about the possibility of engaging this critical patient group.

“I think this trial has the potential to set the standard for breast cancer treatment for African American women,” said Schneider. “Certainly, for triple negative breast cancer, which not only preferentially impacts African Americans, but for whom we know to have inferior outcomes, I think it becomes critical that we can make those outcomes much better.”

The current clinical trial emerged out of data gained from more than 10 years of clinical and translational research led by IU School of Medicine. E5103, a 5,000 patient, NCI-sponsored, cooperative group study led by Kathy Miller, MD, professor of oncology and medicine at IU School of Medicine, laid the groundwork for Schneider’s current research to determine the association of genetics with treatment efficacy and chemotherapy-induced toxicities. While performing an analysis, his research team discovered that black women with breast cancer had a higher risk of developing neuropathy as a side effect from chemotherapy.

Schneider and Miller are both physician-scientists at the Indiana University Melvin and Bren Simon Cancer Center and Vera Bradley Foundation Center for Breast Cancer Research.

The work to develop EAZ171 was supported by funding from the National Cancer Institute, a Susan G. Komen for the Cure Promise Award, the Indiana University Grand Challenge Precision Health Initiative, and the Vera Bradley Foundation for Breast Cancer.