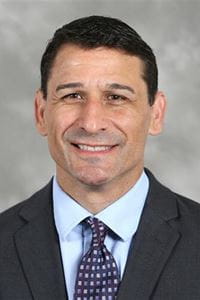 “People who suffer strokes often have difficulty walking and impaired balance. Rehabilitation traditionally focuses on patients practicing low-intensity walking, usually only in a straight line in the forward direction, which does not provide enough of a challenge to the nervous system to enable patients to negotiate real-world situations, such as uneven surfaces, stairs or changing direction,” said study author T. George Hornby, PhD, professor of physical medicine and rehabilitation at Indiana University School of Medicine.

“Our study suggests that stroke patients can handle higher intensity and more difficult tasks than previously thought possible. We need to move beyond traditional, low-intensity rehabilitation to challenge the nervous and cardiovascular system so patients can function and perform better in the real world.”

Researchers tested 90 people 18- to 85- years-old with weakness on one side of the body who had survived a stroke at least six months prior.

Hornby noted that no serious adverse events, such as deaths or hospitalizations, occurred during the training sessions, suggesting stroke survivors can be pushed harder during rehabilitation.

“Rehabilitation that uses normal walking without challenging the nervous system doesn’t do enough to make a statistical or clinically significant difference in a patient’s recovery,” Hornby said. “When stroke patients are pushed harder, they see greater changes in less time, which translates into more efficient rehabilitation services.”

The American Stroke Association is devoted to saving people from stroke — the No. 2 cause of death in the world and a leading cause of serious disability. We team with millions of volunteers to fund innovative research, fight for stronger public health policies and provide lifesaving tools and information to prevent and treat stroke. The Dallas-based association officially launched in 1998 as a division of the American Heart Association. To learn more or to get involved, call 1-888-4STROKE or visit StrokeAssociation.org. Follow on Facebook and Twitter.