The number of people with heart failure continues to grow with approximately 6.5 million Americans being diagnosed between 2011 and 2014. Projections for the year 2030 show an increase of 46 percent. Advanced heart failure is associated with many burdensome symptoms such as general chest pain, shortness of breath, and lack of energy. A major goal of care is to alleviate the symptoms and associated suffering. However, there may be underlying factors which impact the severity of reported symptoms. 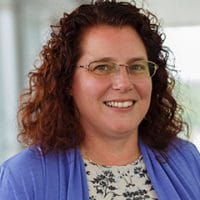 A team of researchers led by Christine A. Haedtke, PhD, RN, Assistant Professor of Community & Health Systems at Indiana University School of Nursing, conducted a study to see if there are other influences that exacerbate advanced heart failure symptoms. Discovering those additional factors can lead to improved treatment plans, which in turn will enhance the quality of life for patients.

While previous studies have investigated the severity of symptoms, those evaluated a small number of symptoms and had fewer participants—the study led by Haedtke looked at 32 symptoms across 347 patients. The findings were recently published in the Elsevier journal. The study was supported in part by a National Institutes of Health K12 grant through the Indiana University School of Medicine Department of Emergency Medicine.

“The clinical implication is that in addition to assessing for expected and unexpected heart failure symptoms, utilizing a valid depression screening tool is important for all heart failure patients,” Haedtke said. “Especially, for those with advanced heart failure, where the rates of depression are highest.”

Symptom burden differed when compared by gender. Women reported a wider range and severity of symptoms than men, for ailments such as dry mouth, swelling of the arms and legs, sweats, feeling nervous, nausea, vomiting and other pain. This finding suggests that women may require more extensive or different treatment options and requires further exploration. Further research is also needed to determine if women experience more symptoms at all stages of heart failure or just with advanced heart failure.

Men reported higher symptom burden with sexual problems which can include erectile dysfunction, orgasmic difficulties, lack of interest in sex, being afraid to have sex, and partner fear of having sex. No gender differences were found in other studies involving sexual dysfunction in heart failure that would explain the differences in reporting found in this study. One explanation may be that only those who have a sexual partner may report having a sexual issue and many of the women in this study were not married while more of the men were.

This work was done in collaboration with Debra K. Moser, DNSc, RN, from the University of Kentucky College of Nursing.

“Given the high rates of symptoms and associated distress, novel interventions need to be developed and tested to alleviate the symptom burden of patients with advanced heart failure,” Moser said.

Testing the impact of clinical assessment by including a wider variety of symptoms may be the next step toward developing clinical interventions aimed at effectively managing high symptom burdens in patients with advanced heart failure.