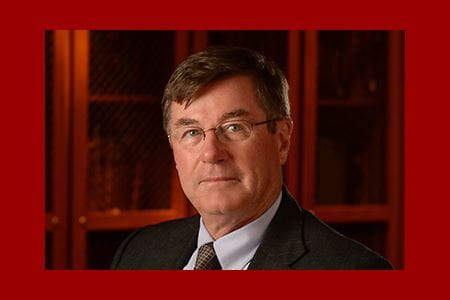 The award recognizes a physician executive or leader of a national or international medical organization for distinguished contributions to internal medicine or significant impact on improving health care and/or medical education.

Brater served as dean of IU School of Medicine from 2000 to 2013, during which time he oversaw a period of tremendous growth marked by achievements in scientific discovery and medical education.

“I am honored and humbled by this award,” Brater said. “It has special meaning. I have been a member of ACP since 1981 and in many of my roles in academic medicine have worked closely with ACP. I regard it as a true leader in not just internal medicine but the health professions per se. Moreover, I have had the opportunity to work closely with Steve Weinberger for a decade or more in his leadership positions in ACP. I have the highest respect for Steve as a leader, as an internist and as a human being. To receive an award named in his honor is more than I could have ever imagined.”

A native of Oak Ridge, Tennessee, Brater attended undergraduate and medical school at Duke University. He remained at Duke for his internship and completed his residency and a fellowship in clinical pharmacology at the University of California at San Francisco (UCSF). There, he developed a research and clinical interest in diuretics that continued throughout his career.

After a year as a junior faculty member at UCSF, he spent nine years on the faculty at the University of Texas Southwestern Medical Center.

Though retired from the faculty, Brater continues to contribute to medical and scientific research in Indiana and to advance health care around the world. He serves as vice president for the Walther Cancer Foundation, an Indianapolis-based grantmaker that supports basic and clinical cancer research. He is also president of the Regenstrief Foundation, which supports the Regenstrief Institute, an internationally recognized informatics and health care research organization affiliated with IU School of Medicine. And together with his wife Stephanie, Brater leads the Indiana University Center for Global Health development board.

The Weinberger award was presented on April 11, 2019, during the American College of Physicians’ Convocation Ceremony at the Pennsylvania Convention Center in Philadelphia, Pennsylvania.