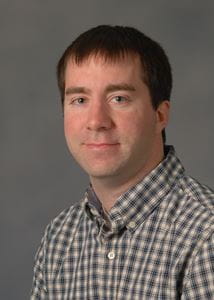 INDIANAPOLIS — Young adult men who watched more violence on television showed indications of less mature brain development and poorer executive functioning, according to the results of an Indiana University School of Medicine study published online in the journal Brain and Cognition.

The researchers used psychological testing and MRI scans to measure mental abilities and volume of brain regions in 65 healthy males with normal IQ between the age of 18 and 29, specifically chosen because they were not frequent video game players.

Lead author Tom A. Hummer, Ph.D., assistant research professor in the IU Department of Psychiatry, said the young men provided estimates of their television viewing over the past year and then kept a detailed diary of their TV viewing for a week. Participants also completed a series of psychological tests measuring inhibitory control, attention and memory. At the conclusion, MRI scans were used to measure brain structure.

“We found that the more violent TV viewing a participant reported, the worse they performed on tasks of attention and cognitive control,” Dr. Hummer said. “On the other hand, the overall amount of TV watched was not related to performance on any executive function tests.”

Dr. Hummer noted that these executive functioning abilities can be important for controlling impulsive behaviors, including aggression. “The worry is that more impulsivity does not mix well with the behaviors modeled in violent programming.”

Tests that measured working memory, another subtype of executive functioning, were not found to be related to overall or violent TV viewing.

“When we looked at the brain scans of young men with higher violent television exposure, there was less volume of white matter connecting the frontal and parietal lobes, which can be a sign of less maturity in brain development,” he said.

White matter is tissue in the brain that insulates nerve fibers connecting different brain regions, making functioning more efficient. In typical development, the amount or volume of white matter increases as the brain makes more connections until about age 30, improving communication between regions of the brain. Connections between the frontal and parietal lobes are thought to be especially important for executive functioning.

“The take-home message from this study is the finding of a relationship between how much violent television we watch and important aspects of brain functioning like controlled attention and inhibition,” Dr. Hummer said.

“With this study we could not isolate whether people with poor executive function are drawn to programs with more violence or if the content of the TV viewing is responsible for affecting the brain’s development over a period of time,” Dr. Hummer said. “Additional longitudinal work is necessary to resolve whether individuals with poor executive function and slower white matter growth are more drawn to violent programming or if exposure to media violence modifies development of cognitive control,” Dr. Hummer said.

Funding for this research was provided through a grant from the Center for Successful Parenting.