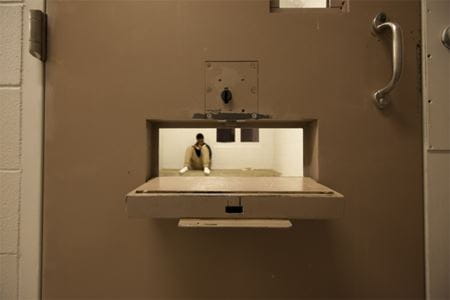 BASICS: South Bend Juvenile Correctional Facility, South Bend, IN. Rated for 136 beds, at time of visit the population was 89, all low and medium risk kids (no high risk) Crimes here range from theft, burglary, battery, everything but murder and sex-crimes. The average stay is between 6 and 9 months, no longer, the director […]

INDIANAPOLIS — A panel of experts on race and education will discuss the problem of the “school-to-prison pipeline” during a public event Thursday, April 17.

Five panelists from Indiana and Illinois will bring their perspectives to finding a solution. The school-to-prison pipeline refers to alarming statistics that show students of color facing disciplinary actions in school at much higher rates, which in turn tends to steer the students toward more serious problems outside school.

“A recent Annie E. Casey Foundation report found that black youth fare poorly in the state of Indiana — one of the worst states for them,” said Chalmer Thompson, associate dean for research and academic affairs and associate professor in counseling and counselor education at IUPUI. “This panel was convened to shed light on the issue to a wide audience.”

Thompson said that to that end, the Office of Diversity, Equity and Inclusion has offered 100 parking passes, available at the door, for members of the non-IUPUI community to attend without cost.

“We care about this issue of the school-to-prison pipeline not only because it pertains to black students, but also because it really affects everyone, and profoundly so,” Thompson said. “We know what works in creating schools that are engaging and inclusive. What we need to do is to rally our supports and resources. As Frederick Douglass once wrote, there is no progress without a struggle.”

The panel for the discussion is:

“We are fortunate to have a fantastic group of experts very close to home,” Thompson said.  “Each is willing to give of his or her time to take part in this event without compensation.  They see the urgency in helping us organize in Indiana.”

Thompson added that the School of Education also plans to focus on the topic and is already planning a fall event.