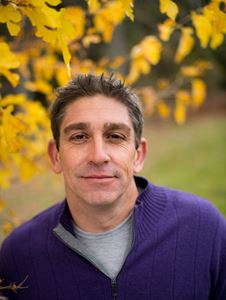 INDIANAPOLIS — Civil engineer and award-winning poet Richard Blanco — whose creative writings include “One Today,” written and read by Blanco for the second inauguration of President Barack Obama — will present selections from his works during a reading next week on the Indiana University-Purdue University Indianapolis campus.

The Richard Blanco reading takes place at 7:30 p.m. Thursday, April 10, in the Basile Auditorium of Herron School of Art and Design, 735 W. New York St. Admission is free and open to the public.

The IUPUI Arts and Humanities Institute — in collaboration with the IUPUI Office of the Vice Chancellor for Research, the Rufus & Louise Reiberg Reading Series, the IU School of Liberal Arts at IUPUI and the IUPUI English Department — is sponsoring Blanco’s presentation.

Blanco is also the keynote speaker for the IUPUI 2014 Day Research event on Friday, April 11, at the IUPUI Campus Center.

As the nation’s fifth inaugural poet, Blanco followed in the footsteps of great writers such as Maya Angelou and Robert Frost, who served as the first inaugural poet at President John F. Kennedy’s request. Blanco became the youngest and the first Latino, immigrant and openly gay writer selected as inaugural poet.

Blanco was born in Madrid in 1968, immigrating as an infant with his Cuban-exile family to the United States. He was raised and educated in Miami, earning a bachelor’s degree in civil engineering and a master’s degree in creative writing from Florida International University. Blanco has been a practicing engineer, writer and poet since 1991. He resides in Maine.

Blanco has received numerous honors for his writings and performances. His first book, “City of a Hundred Fires,” received the prestigious Agnes Lynch Starrett Poetry Prize. His second book, “Directions to the Beach of the Dead,” won the PEN / American Beyond Margins Award. His third book, “Looking for The Gulf Motel,” received various accolades, including the Thom Gunn Award, the Maine Literary Award and the Paterson Poetry Prize.

Blanco is working on a full-length memoir and is collaborating with renowned illustrator Dav Pilkey on a children’s book.