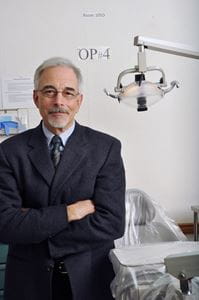 INDIANAPOLIS – The IU Oral Health Research Institute at Indiana University-Purdue University Indianapolis has begun a $1.2 million study for the military of the first use of pharmaceutical-grade antiplaque chewing gum in humans. The gum is intended for soldiers in the field.

The yearlong study is being conducted for the Department of Army’s Office of the Surgeon General by the institute, which is the Indiana University School of Dentistry’s core research facility.

A compound developed by the army is incorporated into the chewing gum. Known as KSL-W, the compound is a novel antimicrobial peptide that kills bacteria. It was designed to help prevent the development of dental plaque and reduce periodontal disease and cavities.

A challenge in developing the gum was the adequate release of the pharmaceutical active peptide within 20 minutes of chewing, said Dr. Kai Leung, the Army scientist behind the idea. “Ideally we would like to see more than 70 percent of the active ingredient to be released within that time period.”

Another challenge was the stability of the compound in the gum formulations and in saliva.

“We modeled the naturally occurring antimicrobial peptides such as defensins and developed several synthetic peptides that exhibited similar or more potent antimicrobial activity,” Leung said. “The pharmaceutical active, KSL-W peptide, is one of the more potent molecules showing stability in the oral cavity.”

Soldiers in the field just don’t spend a lot of time brushing their teeth, said Dr. Domenick T. Zero, director of the Oral Health Research Institute, professor of preventive and community dentistry, and principal investigator of the study. “The hope is that the gum will reduce the amount of plaque buildup that occurs when soldiers aren’t brushing their teeth, reducing the risk of periodontal disease and dental decay.”

The institute will administer the gum to 137 people between the ages of 18 and 64, focusing on the safety and tolerability of single and multiple doses of the compound. It will also test the feasibility of delivering a drug through chewing gum, Zero said. Further studies will be required to determine the extent to which the gum reduces periodontal disease and cavities.

Leung said the IU Oral Health Research Institute was selected to conduct the clinical study because it is one of the best oral health research institutes in the nation.

The Oral Health Research Institute, which focuses on prevention, is one of the largest and most experienced clinical research units in dentistry in the world. It has eight dedicated clinical dental operatories for research purposes. With nine research coordinators, the research unit can handle large studies and run multiple studies at the same time. Melissa Mau, director of the institute’s clinical research core, is the project manager for the study and has been instrumental in moving the project forward.

The gum may one day be available to the public but only after additional studies are conducted to collect more safety data after human use. Because the FDA would consider the gum a new drug entity, it would first have to be marketed as a prescribed drug before it could be sold over-the-counter.