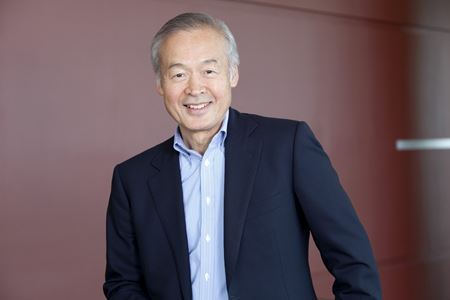 INDIANAPOLIS — An internationally renowned global health expert will visit Indiana Sept. 11 to 13 to address fellow scientists and accept one of the largest prizes in the country awarded to a scientist who has made a significant contribution to the field of translational science.

Tadataka “Tachi” Yamada, M.D., past president of the Global Health Program at the Bill and Melinda Gates Foundation and executive vice president and chief medical and scientific officer at Japan-based Takeda Pharmaceuticals, is the recipient of the first August M. Watanabe Prize in Translational Research. The award, which will be given biennially, includes a $100,000 honorarium.

Dr. Yamada will address fellow translational scientists from 9 to 10 a.m. Friday, Sept. 13, at Indiana University-Purdue University Indianapolis during the fifth annual meeting of the Indiana Clinical and Translational Sciences Institute, “CTSI 2.0: A New Chapter for a Changing World.” The Indiana CTSI is a $30 million National Institutes of Health-funded collaboration among Indiana University, Purdue University and the University of Notre Dame that aims to accelerate the transfer of medical research from the lab to patient care.

Dr. Yamada’s address, “Lessons From Global Health,” will be open to all event registrants. Registration is available online.

“We’re honored to host such an illustrious translational scholar and drug development expert at our annual meeting,” said Anantha Shekhar, M.D., Ph.D., director of the Indiana CTSI and associate dean for translational research and Raymond E. Houk Professor of Psychiatry at the IU School of Medicine, who serves as chair of the Watanabe Prize Committee. Dr. Shekhar also is president of the Association for Clinical and Translational Science.

“Dr. Watanabe understood that discoveries in the lab mean very little if they don’t make their way to patients, so he dedicated his career to bridging that gap,” Dr. Shekhar said. “In that same spirit, the Indiana CTSI’s mission is to accelerate the rate that research travels from the lab to clinical trials and new therapies, including creating new drugs. This clearly requires close collaboration with our partners in the pharmaceutical industry. The chance to expose academic researchers who engage with our institute at IU, Purdue and Notre Dame to an expert of the caliber of Dr. Yamada, a world-renowned leader in global pharmaceuticals, is a once-in-a-lifetime opportunity. It’s exactly the kind of collaboration Dr. Watanabe would have championed.”

Previously, at the Gates Foundation, Dr. Yamada oversaw grants totaling more than $9 billion in programs directed at applying technologies to address major health challenges of the developing world, including tuberculosis, HIV/AIDS, malaria and other infectious diseases, malnutrition, and maternal and child health. He also has served as chair of research and development at GlaxoSmithKline.

As a scientist, Dr. Yamada is the author of more than 150 original manuscripts on the field of gastroenterology. The studies conducted by Dr. Yamada and his collaborators have led to basic discoveries in the post-translational processing and biological activation of peptide hormones, the structure and function of receptors for hormones regulating gastric acid secretion, and the regulation of genes involved in the acid secretory process.

As part of the Watanabe Prize, Dr. Yamada will serve as a long-distance mentor to two IU School of Medicine researchers named Watanabe Translational Scholars. Both scientists were previously named recipients of the Indiana CTSI Young Investigator Awards, a two-year fellowship program. They will retain their titles as Watanabe Scholars for two years.

During his time in Indianapolis, Dr. Yamada also will deliver an address at Eli Lilly and Co. He will receive the first Watanabe Prize on Sept. 11 during a private awards ceremony at the Indiana Historical Society. Guests will include donors, researchers and IU leadership, including Jorge José, M.D., vice president for research at IU; IUPUI Chancellor Charles R. Bantz, Ph.D.; Jay Hess, M.D., dean of the IU School of Medicine and vice president for university clinical affairs at IU; and D. Craig Brater, M.D., who retired as dean of the IU School of Medicine Sept. 1.

About the Indiana CTSI﻿

The Indiana Clinical and Translational Sciences Institute is a statewide collaboration of Indiana University, Purdue University and the University of Notre Dame to facilitate the translation of scientific discoveries in the lab into new patient treatments in Indiana and beyond. It was established in 2008 with a Clinical and Translational Science Award from the National Center for Advancing Translational Sciences at the National Institutes of Health totaling $30 million (TR000006, TR000163 and TR000162), with additional support from the state, the three member universities, and public and private partners. It is a member of the national network of 60 CTSA-funded organizations across the country.