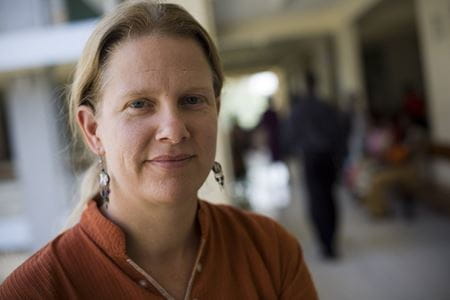 INDIANAPOLIS — Millions of children worldwide live on the streets. A review and analysis of 50 studies on substance abuse by street children in 22 resource-constrained countries has found lifetime substance use to be both common and high, posing serious threats to their health as well as for their chances for reintegration into society.

“The most important conclusion to draw from this large number of studies is not only is substance abuse by street children highly prevalent in low-income countries; it is largely ignored,” said Paula Braitstein, Ph.D., associate research professor of medicine at Indiana University School of Medicine and a Regenstrief Institute affiliated scientist. “These children are often malnourished, have significant health problems and lack education. This poses a massive public health problem, in terms of their future need for health care as well as potential for future productivity and/or re-integration back into society for countries with limited resources.”

In the review, published online on July 12 by the journal Addiction, investigators led by Dr. Braitstein highlight the magnitude of the problem in resource-constrained countries, the causes and health consequences of drug use among street children, and areas where new research is needed. The work was supported in part by the Eunice Kennedy Shriver National Institute of Child Health and Human Development [R01HD060478].

The authors found that the most commonly used drugs among street children in low-income countries, as in middle-income countries, are inhalants such as glue, acetone, gasoline and paint thinner, followed by tobacco, alcohol and marijuana. Street children likely gravitate toward inhalants because they’re cheap and legal, and therefore easy to get, according to Dr. Braitstein, who also holds appointments at Moi University and the University of Toronto.

Inhalants have been linked to cognitive and neurological impairment and psychological and physical dependence, developments that may make it harder for street children to reintegrate into society. Inhalants are also linked to sudden death from cardiac arrhythmia and other causes.

The prevalence of drug use among the millions of street children varies widely among countries, from 14 percent in Nigeria to 81 percent in India to an astronomical 92 percent in Honduras and Brazil. The most common reasons street children give for using drugs are peer pressure, escapism, pleasure, curiosity, and increasing courage and strength for life on the streets.

“As a result of this review, we learned that we don’t really know enough about what causes street children to start and stop using drugs. We also found that many studies of street children focus on boys, so we have even less information about girls’ drug use,” Dr. Braitstein said. “Although we know that some street children exchange sex for drugs or have sex while under the influence of drugs, little else is known about the link between drug use and risky sex behavior. There are several critical gaps in our knowledge that we need to fill.”

In addition to Dr. Braitstein, co-authors of “The epidemiology of substance use among street children in resource-constrained settings: a systematic review and meta-analysis” are Lonnie Embleton, MArch, MPH; Ann Mwangi, Ph.D. and David Ayuku, Ph.D. of Moi University College of Health Sciences; and Rachel Vreeman, M.D. of the IU School of Medicine. Dr. Vreeman is a Regenstrief Institute affiliated scientist.