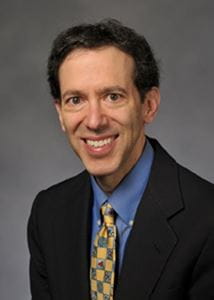 INDIANAPOLIS — In a turnabout from the past, courts are enforcing the First Amendment to the detriment of the health of American citizens, an IU Robert H. McKinney School of Law professor argues in the July 18 issue of The New England Journal of Medicine.

Orentlicher, who holds both a law degree and a medical degree, is co-director of the William S. and Christine S. Hall Center for Law and Health at McKinney School of Law, located at Indiana University-Purdue University Indianapolis.

In 2009, Congress passed legislation requiring the use of nine new textual warnings for cigarette packages with graphic images depicting the negative health consequences of smoking. Tobacco companies sued the FDA in June 2011 alleging violation of their First Amendment rights when the agency unveiled the nine images, including one that showed a man smoking through a tracheostomy. A federal district court and the U.S. Court of Appeals for the D.C. Circuit vetoed the images.

Congress may have broken new ground when it mandated graphic warnings, but sometimes a picture really is worth a thousand words. Moreover, at a time when the Supreme Court has made it more difficult for consumers to sue corporations after they have been harmed, it is especially important to ensure that people understand the threats to their health up front, Orentlicher argues.

Unfortunately for the public, “companies today are better able to promote their products, and government is less able to promote health than was the case in the past,” Orentlicher wrote.

Orentlicher, the Samuel R. Rosen Professor of Law at McKinney School of Law, can be reached at 317-658-1674 or dorentli@iu.edu. For additional assistance, contact Diane Brown at 317-274-2195 or habrown@iupui.edu.