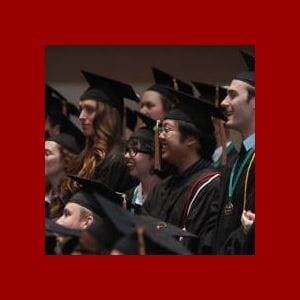 INDIANAPOLIS — Several characteristics describe the more than 6,000 IUPUI students who graduate on Mother’s Day Sunday, May 12. More than half are female. Nearly all are Indiana residents. And one in four is the first in their family to graduate from college.

If numbers tell a story, here is the story of IUPUI’s 2013 graduates:

IUPUI holds two commencement ceremonies, one at 11 a.m. and the other at 3:30 p.m. Both take place in Halls A-B-C of the Indianapolis Convention Center.