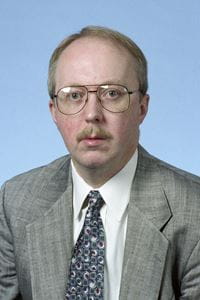 A “superbug” strain of the sexually transmitted disease was isolated in Japan in 2008, but the drug-resistant strain of gonorrhea has yet to be identified as a problem in the United States. According to Centers of Disease Control and Prevention statistics, 700,000 new cases of gonorrhea are diagnosed each year in the United States. Worldwide the WHO estimates that 106 million people are infected with gonorrhea annually.

In Indiana, chlamydia is the most frequently reported sexually transmitted disease, with 21,744 reported cases in 2008, compared to 8,489 cases of gonorrhea.

“Gonorrhea is becoming a major public health challenge, due to the high incidence of infections accompanied by dwindling treatment options,” says Dr. Manjula Lusti-Narasimhan, from the Department of Reproductive Health and Research at WHO. “The available data only shows the tip of the iceberg. Without adequate surveillance, we won’t know the extent of resistance to gonorrhea, and without research into new antimicrobial agents, there could soon be no effective treatment for patients.”

Infectious diseases specialist Kenneth H. Fife, M.D., Ph.D., professor of medicine, of microbiology and immunology, and of pathology and laboratory medicine at the Indiana University School of Medicine, has spent his career studying the spread of sexually transmitted diseases, viral infections and HIV/AIDS.

The World Health Organization’s call to action shines a spotlight on the need for additional drug development, Dr. Fife said. This is not the first time in the span of his career that he has seen gonorrhea develop resistance to a drug treatment.

“Back in the 1960s and ’70s, we used penicillin to treat gonorrhea and the organism got more and more resistant to the treatment, so we continually increased the dose until, in the late ’70s or early ’80s, it became resistant to penicillin,” he said. “Physicians began to use cephalosporin antibiotics effectively to treat it, but at the present time there isn’t another drug in the pipeline that can effectively cure the organism.”

The bacteria — Neisseria gonorrhoeae, commonly known as the clap — is genetically mutating so it can adapt to existing drug therapy, he said.

“It is unfortunate that new drugs and studies of new treatments for gonorrhea aren’t in the works to decide what the new treatment options are before the disease becomes a problem,” he said. “That research has to be supported by the pharmaceutical industry or some government organization; that’s the only support mechanism for this type of research.”