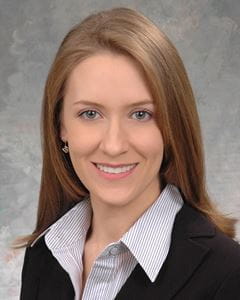 The School of Medicine also will confer 153 degrees in other areas of study:

The keynote speaker will be Lewis R. First, M.D., professor and chair of pediatrics at the University of Vermont College of Medicine and chief of pediatrics at Vermont Children’s Hospital at Fletcher Allen Health Care.

Following the presentation of diplomas to the students by IU School of Medicine Dean Craig Brater, M.D., and the formal hooding ceremony, Indiana’s newest physicians will repeat in unison the time-honored Physician’s Oath, promising, among other things, to practice their profession “with conscience and dignity” and always considering the health of their patients first and foremost.

Graduates and their guests also are invited to participate in the Indiana University-Purdue University Indianapolis Commencement on at 11 a.m. Sunday, May 13, in the Indiana Convention Center Halls A, B and C.

The four years of medical school begin a physician’s educational journey into a medical career. Saturday’s graduates will begin residency training in their chosen specialties this summer. The length of that training varies from two to seven years, depending on the specialty.

The number of reasons a student would chose the challenge of attending medical school are as varied as the number of graduates each year.

One of this year’s graduates has a legacy at the Indiana University School of Medicine and a story that merits repeating. Jennifer Trotter is the third of her siblings to attend medical school in Indiana; all three entered the IU School of Medicine as nontraditional students. The first was brother Thor Johnson, M.D., Ph.D., 38, a 2008 graduate who is a radiology resident at the University of California, San Francisco. Jennifer’s twin brother, Justin, 36, will not graduate this year with his sister because he is pursuing a dual degree, an M.D./Ph.D.

The fact that Trotter is the mother of three daughters — an 8-year-old and a 6-year-old, and an 18-month-old born while she was a student — is noteworthy considering the rigors of medical school. She also returned to school after teaching middle school for seven years in Illinois and Colorado, but what really distinguishes her from other students is that she has 25 siblings.

The “his, hers and ours” story of Bill and Linda Johnson includes the adoption of Trotter and her four natural siblings, followed by the adoption of nine other children who were in foster care with the Johnsons. Trotter said she was adopted at the age of 5 from a dysfunctional, single-parent family.

Trotter is pursuing a career in medicine, in large part because of her family history. “I was surprised how little physicians knew of children who had a childhood like mine. I want to work at an academic medical center in an area with a disadvantaged city patient population,” she said. Trotter will begin the next phase of her training in emergency medicine this summer.

Many IU School of Medicine students express a desire to work with medically underserved populations, but Alexander Ondari, 29, takes that commitment one step further, wanting to return to his native Kenya to practice medicine and develop medical education programs for future students.

Ondari feels “medicine is more of a calling than just a career choice,” in part because of the obstacles he has overcome and the goodwill he has experienced while completing his education in the United States and beginning his final training as a surgery resident.

Ondari, who is vice president of his graduating class, nearly had to revise his career aspirations in the spring of 2008 when his father died in an auto accident. He went to Kenya for the funeral and returned with his 16-year-old sister. Now a guardian and a medical student, Ondari was dependent on financial backing from an aunt, but that security fell through in summer 2009.

Just when he was on the verge of leaving school, 300 of Ondari’s classmates joined forces and pledged $100 each to keep him in class, while close friends sought financial backers. “I was fortunate that within three days, they had raised $60,000,” he said.

Through the generosity of near strangers, Ondari received support from five physicians who have co-signed loans to keep him in the classroom and help him support his sister, who is completing her sophomore year at Marian University.

“I’ve had the good fortune and blessings of all the people who have invested in my life,” Ondari said. He intends to complete a residence in surgery and return to Kenya to share what he has learned.

Victoria Fahrenbach, 29, has a deep love of science that was nurtured by opportunities she discovered in medical school. Those experiences have shaped her career.

Fahrenbach, who grew up near Lebanon, Ind., and attended Indianapolis’ Brebeuf Jesuit Preparatory School and Butler University, entered the IU School of Medicine in the fall of 2007 on the Indianapolis campus. During her second year, she applied for and won an American Academy of Neurology scholarship for a summer research program.

The coveted scholarship allowed Fahrenbach to create her own project, and she chose one in neuroscience. She designed a study to validate a type of test used by psychiatrists to determine whether the cerebellum portion of the brain is impaired in some cases of schizophrenia. The research stretched into a six-month project and delayed her return to medical school.

Instead of graduating in May 2011, Fahrenbach will don a cap and gown and receive her diploma this Saturday, May 12.

Fahrenbach said the one-year delay allowed her to work on another research project in her chosen field this past during the spring 2012 semester. Her decision to attend Stanford University for her residency in anesthesiology was largely due to the school’s enthusiasm about her desire to continue on a research tract while in residency training.

“Delaying my graduation to conduct research absolutely enhanced my medical school experience,” she said. She now hopes to complete a Ph.D. through a special program offered at Stanford for medical residents.

Her goals after completing her education include establishing a part-time practice so she can continue conducting research, and she wants to pursue another love, travel. “I think I will do mission work in countries that need medical specialists and indulge my love of travel that way,” Fahrenbach said.