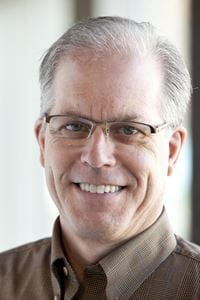 Writing in the online publication of the journal Science, the group, including Indiana University bioethicist Eric M. Meslin, Ph.D., announced the creation of ELSI 2.0, an international “collaboratory” to better respond to the global aspects of the ethical, legal and social implications (ELSI) of modern genomics.

The human genome project began with mapping and then sequencing the genes that make up human DNA, and the original ELSI program of the genome project did much the same thing:  “mapping” broad issues such as genetic discrimination and then “sequencing” the individual components such as genetic discrimination in insurance, housing and education, said Dr. Meslin, director of the Indiana University Center for Bioethics and associate dean for bioethics in the Indiana University School of Medicine. Now, he said, ELSI research needs to move to the next level, to better understand how to ensure greater impact from research and how to design better policies.

“Society can benefit from the ELSI research being undertaken globally. The issues, the problems, the questions are no longer the province of a small group of ELSI researchers in a handful of countries,” Dr. Meslin said. “There are many genomics research initiatives worldwide, and now there are ELSI initiatives to match them. It’s time to leverage this amazing resource.”

The goal of ELSI 2.0 is to accelerate the translation of ELSI research findings into practice and policy, the authors wrote: “Through ELSI 2.0, ELSI researchers can be globally connected while still carrying out locally sensitive research.”

Hosted at the P3G Consortium in Montreal, Canada, ELSI 2.0 will be a Web-based initiative taking advantage of many new collaborative research tools such as webinars and crowd-sourcing to provide access to the world’s ELSI research, so scientists can build on, not repeat, research done somewhere.

“The traditional model in which you do research, write it up and hope someone notices is no longer the only way, or the most effective way, to do research,” Dr. Meslin said.

Also envisioned is the ability to create “rapid response” teams that would quickly respond to events, such as pending legislation, much like the world’s scientific community was able to quickly sequence the structure of the virus responsible for severe acute respiratory syndrome in 2003.