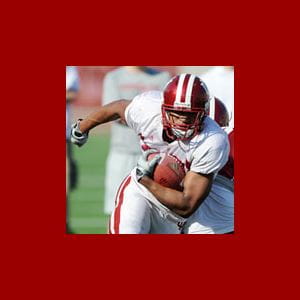 Be a fan, not a patsy. Food plays no small part in Super Bowl weekend festivities and the major food manufacturers know it. With a football culture steeped in tailgates and sports bar fare, which typically includes a core selection of high-calorie sandwiches and sides, for many food manufacturers like Coca-Cola and Frito-Lay this weekend could be as significant as Thanksgiving or Christmas. And just as marketers for the food industry have their strategies to boost sales, sports fans can create their own strategies to avoid over-eating while they cheer for their favorite team, says Antonio Williams, sport branding and fitness expert in Indiana University’s School of Health, Physical Education and Recreation.

First strategy, watch out for “ambush marketing” by food manufacturers. They’re targeting you, sports fan. “This type of marketing occurs when a corporation or a food brand that is not affiliated with the Super Bowl itself markets itself as if it is,” Williams said. The bakery section in grocery stores, for example, will be selling cookies and cakes with the colors of the football teams playing in Sunday’s game. For regular shoppers, the store now doubles as the “go to” place for game day party preparation. “These companies are playing off of our emotions,” Williams said. “They know what they’re doing. Many people attend football parties for the experience, not just the game. Because food is such a big part of the ‘experience,’ sports fans and their parties provide a huge market.”

Williams suggested the following strategies to avoid high-calorie traps at parties this weekend:

Myths about concussions. Concussions have become big news as everyone from high school coaches to members of Congress grapple with how to prevent and manage these age-old and unwanted casualties of sport. Suddenly, elite and recreational athletes seem to be experiencing an ‘epidemic’ of head injuries. In actuality, says Douglas McKeag, M.D., director of the IU Center for Sports Medicine at the Indiana University School of Medicine, physicians are seeing about the same number of concussions as in the past, perhaps a few more as public awareness grows.

Here are some myth-busters:

McKeag, OneAmerica Professor of Preventive Health and Family Medicine, can be reached at the IU Center for Sports Medicine at 317-278-0350 or at dmckeag@iupui.edu.