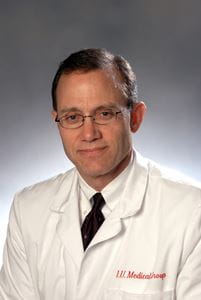 IU President Michael A. McRobbie announced the initiative during a recent 20th-anniversary celebration of the Indiana-Kenya Partnership, which will form the “core” of the new global health center.

“This university-wide center will foster collaborative and interdisciplinary partnerships across the university and around the world in order to create successful global health care systems, train the next generation of global health leaders and conduct and disseminate research that will truly change the world,” he said.

IU will make an initial start-up grant of $100,000 to the center to aid in its establishment, McRobbie added.

The center will be directed by Robert Einterz, M.D., associate dean for global health and professor of clinical medicine at the IU School of Medicine. Einterz is the co-founder of IU’s partnership with the Moi University School of Medicine in Kenya and the Academic Model Providing Access to Healthcare (AMPATH) program, which has provided HIV/AIDS treatment to more than 110,000 Kenyans at 25 sites throughout rural and urban western Kenya.

The Indiana-Kenya Partnership, launched in 1989, also commonly known as the AMPATH program, is considered among the world’s leading models of collaboration in global health, training and research, and has received considerable notoriety.

One of the largest and most comprehensive HIV/AIDS programs in the world, AMPATH has been nominated three times for the Nobel Peace Prize and has been the beneficiary of several major grants, including a $65 million grant from the United States Agency for International Development (USAID) in 2007.

The new IU Center for Global Health will serve as a unifying infrastructure for all of IU’s global health initiatives, which also include partnerships with institutions in Botswana, China, the Dominican Republic, Honduras, Japan, Liberia, Mexico and Thailand, among other underserved areas.

Housed at the IU School of Medicine, the center will encourage individuals from multiple campuses, disciplines and schools within the IU system to work collaboratively toward developing sustainable programs that address the many dimensions of global health and health-care delivery, such as access to clean water and nutritious food, income security and gender equity.

Additionally, it will seek to grow a critical mass of health education, research and policy experts from around the nation and world, while providing a high-quality training curriculum for students who wish to pursue careers in global health.

“Millions of lives around the world are cut short because of preventable diseases, and too many families suffer needlessly,” said Einterz. “At Indiana University’s new Center for Global Health, our mission will be to provide care, training and research to ensure that all people have access to basic health care, regardless of where they live.”