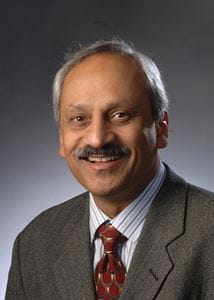 The teams, each of which received a CTSI Collaboration in Translational Research (CTR) Pilot Program Grant of up to $75,000, include researchers from Indiana and Purdue universities and the University of Notre Dame.

The grants will help Indiana scientists conduct early-stage research projects designed to attract larger grant awards from external sources, such as the National Institutes of Health. In order to foster collaboration, the program required each grant proposal include participation from scientists from two or more sponsoring academic campuses: Purdue, IU Bloomington, IUPUI, IU School of Medicine and Notre Dame.

“The CTR awards are designed to support highly innovative pilot projects that build new collaborations within the partner universities of the Indiana CTSI,” said Anantha Shekhar, M.D., Ph.D, director of Indiana CTSI. “These projects are expected to test novel ideas which lead to the development of new treatments or products, and would also be expected to generate significant grants and investments from external sources.”

All of the projects are funded for a year with an additional year of extension, and are evaluated on milestones based performance metrics. This is the second year that Indiana CTSI has awarded CTR grants.

“Already in the first 12 months, the previously funded grants have met over 80 percent of their milestones, and have resulted in over two dozen new grant applications,” said Shekhar.

The Indiana CTSI is a statewide collaboration of researchers and health care specialists in academia, business and government created to translate scientific discoveries into new medical treatments and services. The CTSI was formed in 2008 with a $25 million grant from the National Institutes of Health.