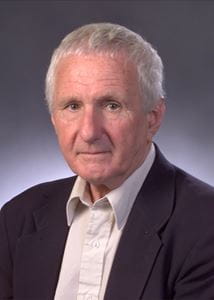 Dr. Hendrie, an internationally respected geriatric psychiatrist and health services researcher who has spent 40 years studying the psychiatric issues of aging, is a Regenstrief Institute investigator and IU Center for Aging Research scientist focusing on Alzheimer’s disease and depression in older adults. He served for a quarter of a century as chairman of the IU School of Medicine Department of Psychiatry and is now professor emeritus.

Dr. Hendrie spent more than 20 years conducting a large ongoing cross-cultural study of various aspects of Alzheimer’s disease in African-Americans in Indianapolis and Africans in Ibadan, Nigeria. During his distinguished career, he has written more than 400 peer reviewed articles, book chapters and abstracts.

The National Advisory Council meets three times a year to consider applications for research and training and to recommend funding for those applications that show promise of making valuable contributions in the field of aging research. It also makes recommendations to the director of NIA regarding research conducted at the institute.