DESPITE BEING flesh and blood, the human body is often described as an incredibly complex machine. When it comes to healing it, sometimes the best physician is also an engineer.

Kenneth Haselby, MD, a 1964 graduate of Purdue University and a 1971 graduate of Indiana University School of Medicine, was both. And after a lengthy career as a physician, engineer and mentor, Haselby retired in 2020, giving him time to reflect on his work as both a healer and inventor.

Haselby didn’t plan to be a doctor. At Purdue, he specialized in mechanical engineering, co-oped at Ford Motor Co. and took a job after graduation at General Motors Engineering Staff in Warren, Michigan. But, always a learner, Haselby returned to school for his medical degree at IU School of Medicine. Thanks to some excellent mentors, including renowned physician August (Gus) Watanabe, MD, Haselby was encouraged to learn anesthesiology.

“[Gus], who was the chief medical resident at University Hospital at the time, took a liking to me, and would call me up every couple of days to discuss a case with me and see what my thinking was,” Haselby recalls. “That was pretty neat for an intern from another service.” 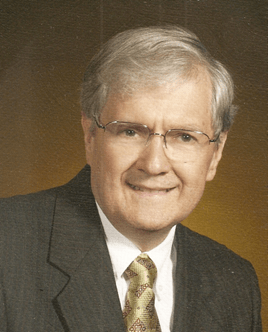 Alongside Gopal Krishna, MD, who had finished residency the year before, Haselby joined the newly created Section of Pediatric Anesthesia at Riley Hospital for Children in Indianapolis. Pediatric anesthesiology was in its infancy, but Krishna and Haselby rapidly advanced the technology at Riley. Haselby’s engineering background was exactly what was needed to create new methods on the fly.

“Riley was fairly primitive at that time,” Haselby said. “Anesthetic machines were designed for adults, not kids. They didn’t work very well. But when high-quality ICU ventilators became available in a few years, we made anesthetic machines out of them, and that was really tremendous. There was no one else in the country with that kind of capability.”

Haselby’s expertise in anesthesiology only grew, and in 1992 he became Director of Anesthesia Services at Wishard Memorial Hospital, now Sidney & Lois Eskenazi Hospital. Through it all, Haselby continued to act as a mentor to several hundreds of anesthesiology residents in training, and a variety of other trainees such as pediatric and oral surgical dental residents, and others.

“He is a very, very kind man,” says John Hasewinkel, MD, who worked with him at Wishard. “Very humble, very intelligent, and a tremendous sense of humor. One of the things that stood out to me was that he could do the most difficult cases with a very junior learner and he’d never complain about it.”

Another physician who trained under him, Jaemy Hwang, MD, reflects, “Dr. Haselby has always been a hero. His friendly, no-nonsense clinical teachings and especially his decency and respect for everyone around him were inspiring. He is a huge reason I entered the specialty of anesthesia.”

Haselby’s engineering abilities never took a back seat during his medical career. Colleagues have numerous stories about his on-the-fly inventions and modifications that were exactly what the patient needed.

“He would always take equipment and tinker with it, trying to improve it,” says Yung Nguyen, MD, another anesthesiologist who trained under Haselby. Nguyen recalled a case where the breathing tubes available were not long enough for the patient. “Ken took two regular breathing tubes, cut them, and then spliced them together. So, we were able to do things like that before anyone ever made that kind of product.”

“Ken’s engineering background was pretty evident to everyone around him,” Hasewinkel said. “He was always an innovator, he liked to tinker with things. He invented things, he was a very forward thinker. He was decades ahead of his time.”

Haselby retired as a practicing physician in 2006 at age 65, but he wasn’t done inventing. In 2007, he took a job with Cook MED Institute, now Cook Research Inc., the research and development arm of the Cook Medical companies. The Cook Group specializes in medical devices, with 41 different areas of specialty and customers in 135 countries. Haselby was right at home, with over 25 different medical device applications during his time with Cook.

“He was always an active, enthusiastic mentor for people. Whenever we had a new employee start, he would always take them under his wing,” says Keith Milner, a long-time colleague of Haselby’s who worked side-by-side with him at Cook. “He was always full of ideas, and he always had an anecdote or story about something. Whenever we were facing a problem in the lab, he’d seen something similar either in his medical career or when he was working in mechanical engineering.”

With his medical background, Haselby was able to bring a new perspective to the lab. “In research, they usually want to look at one variable, when really they need to look at three different variables at once,” Haselby said. “A lot of things in the world are multi-variable. Engineers have to think that way.”

Ever the mentor, Haselby and his wife Carla established the Haselby Family Scholarship at IU School of Medicine. The scholarship supports medical students who, like Haselby, have an engineering background and are pursuing a second degree in medicine.

Haselby’s retirement from Cook in 2020 coincided with the outbreak of COVID-19, nixing any plans he and his wife had to travel. Like all of us, he is hoping 2021 is a little brighter. When reflecting on his careers, Haselby summarizes it simply: “All in all, a great time.”