For an Eli Lilly employee, the company’s work the AMPATH consortium is personal. 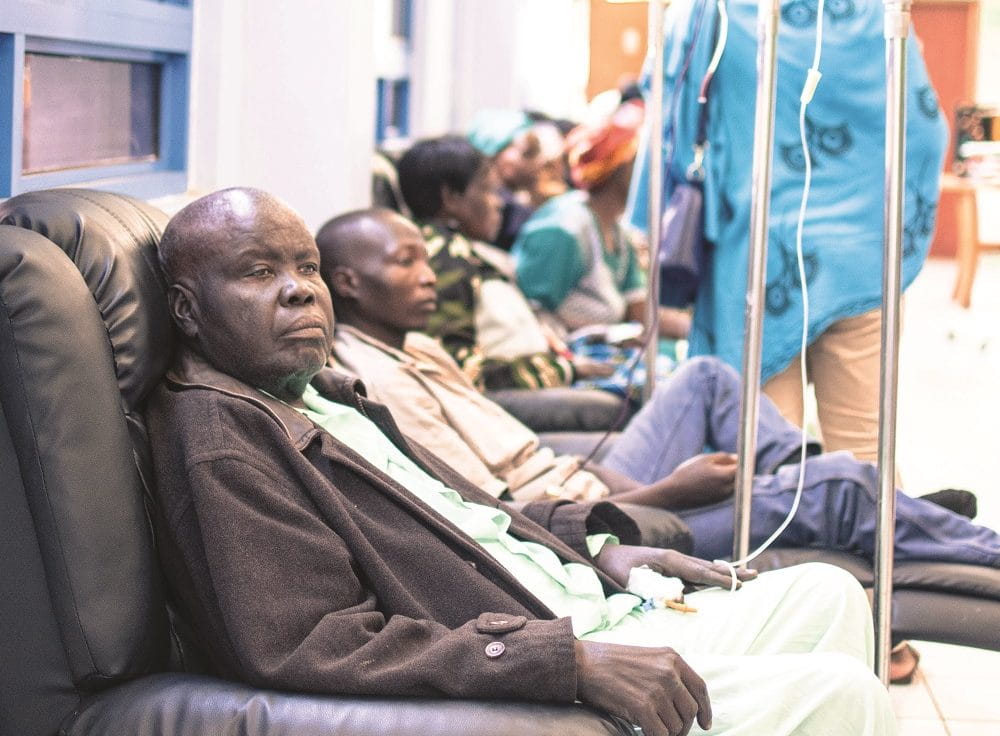 COURTNEY ROBERTS peered out the window of Moi Teaching and Referral Hospital in Eldoret, Kenya, and she instantly recognized an alley she had never set foot in before.

There were the cinderblock walls. The patch of ground was unchanged. She imagined patients lining both sides. They sat in plastic lawn chairs. IV lines dangled from their arms. Metal pans rested next to them on the ground, waiting to be snatched up if nausea became too much to bear.
It was a sight Roberts knew well.

Tacked up in her office at Eli Lilly and Company, where she works supporting the drug maker’s global health initiatives, is a photograph framing the same scene. Next to it hangs another snapshot: a man leans back in a recliner, hands propped behind his head, a blanket pulled up to his chin and an easy grin on his face. He looks confident. Not like a patient passing time in an infusion suite as chemotherapy drugs flow and fight stage 2 pancreatic cancer.

Roberts’ dad would often send her photos while he was receiving treatment to show his daughter that he was going to be just fine. She would frequently glance between the photo of her dad and the one from Kenya, where IU School of Medicine leads a consortium working in conjunction with the Kenyan government and a local medical school to tackle HIV and chronic diseases and improve public health. No padded seats. No blankets. No nurses ferrying snacks to ease pangs of hunger. Just tents in an alley. Still, they were the fortunate ones. They’d been screened, diagnosed and treated.

“The two photos were always in my line of sight. They kept me grounded and gave me perspective while my dad was fighting cancer,” she remembered.

In July 2016, four flights carried Roberts to Kenya, but the scene she was familiar with from the photo was gone. Instead, the Chandaria Cancer and Chronic Disease Center opened its doors. Built with significant funding from the Lilly Foundation and other generous donors, it is the first public facility in western Kenya capable of screening and treating patients with cancer.

During Roberts’ visit, as she gazed out the window into the alley, Patrick J. Loehrer Sr., MD, director of Indiana University Melvin and Bren Simon Cancer Center, asked her a question.

“What do you see?” Loehrer said.

No more tents,” she replied.

While Roberts had spent five years working closely with AMPATH, her visit and the sights she saw helped sway her to take the next step and personally support the consortium’s work.

“Once I made the trip and was able to see with my own eyes the improvements that were being made and lives being saved, it was no longer part of my job,” she said. “It turned into something very personal.”

To learn more about AMPATH and crucial work, please visit www.ampathkenya.org. If you would like to make a gift, contact Teresa Rhodes at terhodes@iu.edu or 317.278.0840.