The Tilley family’s experience shows the life-saving potential of immunotherapy—and underscores why Indiana University School of Medicine wants to scale up its staff to treat more patients. 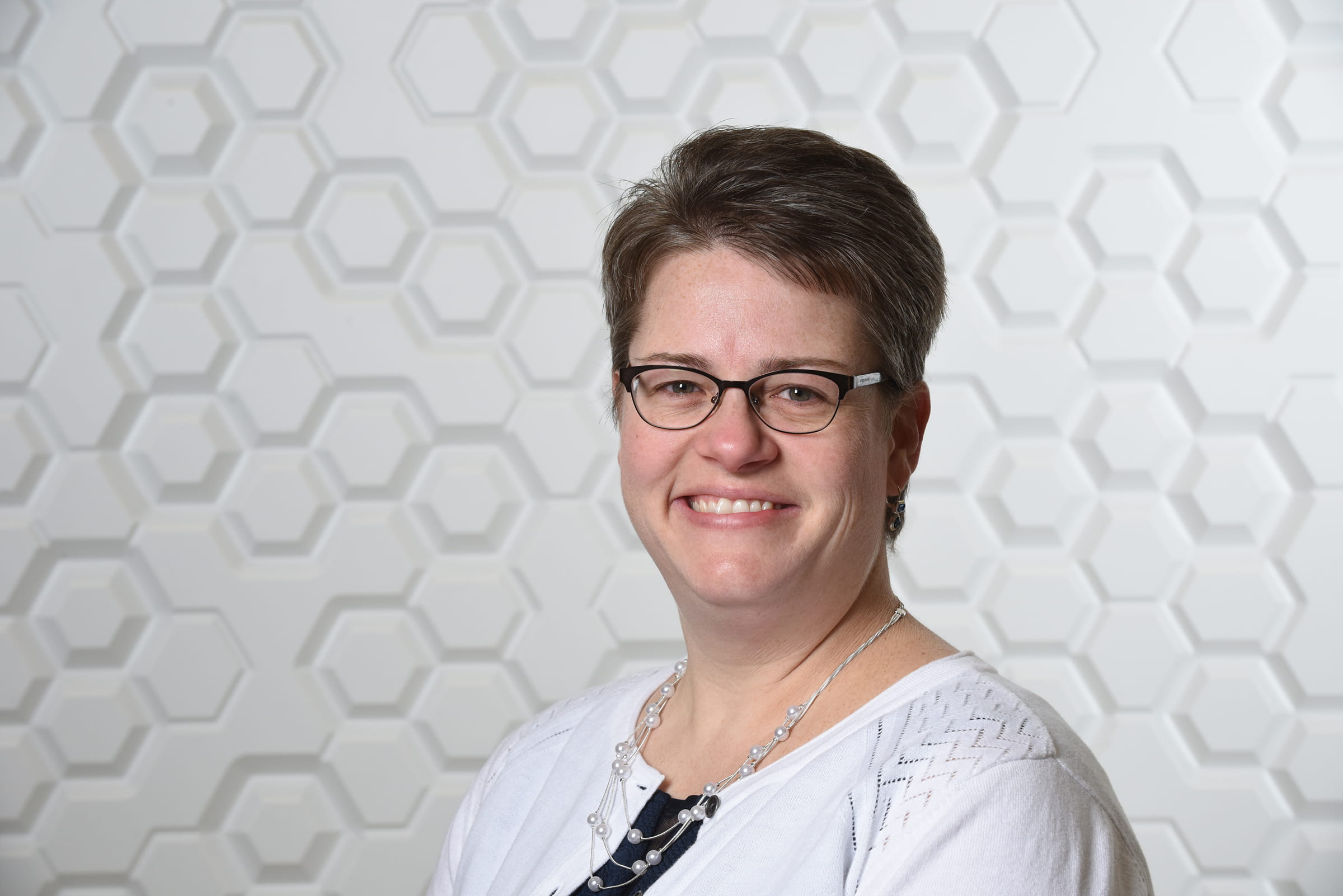 WHEN ERIN TILLEY spotted the bruise on her son’s temple, it was the final piece of evidence that convinced her something was amiss.

Garrett, who was 12, had seemed tired for weeks. His teacher had noted how Garrett was nodding off in the middle of class. On the rides home to their house in Franklin, Indiana, Garrett was quickly falling asleep in the backseat.

Erin chalked up the fatigue to the season. It was the spring of 2018 and Garrett’s class was spending more time playing outside. It only made sense he was worn out.

“Looking back,” Erin recalled. “I explained it all away.”

But the bruise on his head—and a maroon mark on his neck—convinced her to take him to a pediatrician. Initially, the suspicion was mononucleosis. But subsequent blood results pointed to something much worse: acute lymphoblastic leukemia.

His pediatric oncologist offered another option: become one of the first children to try a new kind of immunotherapy being offered at Riley Hospital for Children at Indiana University Health under the direction of physician-scientists from IU School of Medicine.

A type of immunotherapy known as CAR T.

Immunotherapy retrains the immune system to identify and hunt down cancer cells. With this version, T-cells—which help the body identify infections—are extracted from a patient and genetically retrofitted with a chimeric antigen receptor (CAR). These new souped-up T-cells are better equipped to recognize antigens on the surface of a cancer cell.

The groundbreaking process involves growing thousands of these T-cells, packaging, freezing and shipping them back to the hospital where they can be infused in the patient. Once in the bloodstream, they act as a living drug that can survive in the body for extended periods.

Clinical trials for CAR T have produced stellar results, but the side effects can be life threatening, said Jodi Skiles, MD, an associate professor of clinical pediatrics at Indiana University School of Medicine. Skiles, who oversees the Stem Cell Transplant and Cellular Therapy Program at Riley, couldn’t provide Garrett’s parents with long-term survival rates with CAR T because the therapy is so new. But Erin saw few other options.

“Is it scary and new?” Erin said. “Yes, but to us, it was almost like that’s the only hope that we have right now.”

In addition to Garrett’s type of cancer, acute lymphocytic leukemia, CAR T therapy is being used at IU to treat adults with non-Hodgkin’s lymphoma and multiple myeloma. The pediatric CAR T-cell therapy research and care program was bolstered recently by a generous gift of $500,000 from the John W. Anderson Foundation.

For oncologists such as Skiles, Garrett’s case not only represents a chance to offer revolutionary care but also to learn lessons in real time. IU joined CureWorks, a consortium of five hospitals working on expanding the number of immunotherapy clinical trials for children, in August.

Since the cellular therapy program at Riley launched in Summer 2018, five children have received CAR T treatment. IU expects a dozen patients to undergo the therapy in 2020. It’s a modest number—until you consider CAR T patients require significantly more coordination of care—and often more ICU care to manage toxicities—compared to typical stem cell transplant patients. Skiles is pushing to add more staff that will enable her team to treat more patients, something the Anderson Foundation Gift is helping to facilitate.

IT’S A FAR cry from August 2017, when Skiles and her colleagues had held only cursory meetings about how they might implement CAR T. The therapy had shown promise in clinical trials, but it still looked as if approval from the Food and Drug Administration was six months away. Instead, it came that August.

Skiles wanted to get the therapy to patients as soon as possible, but it required setting up extensive protocols. “It went from being a proactive planning discussion to an urgent, multifaceted training and programmatic launch overnight,” she said.

IU’s labs have no problem collecting and processing T cells. The bigger obstacle was the personnel. Staff across multiple clinical departments at Riley needed to learn how to manage side effects differently than with typical patients.

“It’s not just a matter of training physicians,” Skiles said. “You have to train every nurse that touches that patient. You have to train the ICU and all of their nurses. If a patient shows up in the ER, your ER faculty, residents and students need to be ready. It’s hundreds of people.”

Demand for the treatment is high. Almost 90 percent of Indiana’s pediatric cancer patients are referred to Riley. Skiles and her colleagues meet weekly to vet candidates for stem-cell therapy. They fold in case reviews for those who may fit the criteria for immunotherapy.

In July 2018, Garrett’s T-cells were harvested and shipped off to Novartis, which licensed the production process for CAR T. Once the cells were retrofitted, and some technical hurdles were overcome, he was ready to receive his infusion.

Some CAR T patients experience an intense reaction called a Cytokine Release Syndrome. It is a storm of inflammatory proteins released in response to the immune system being triggered. Its symptoms can include high fever, low blood pressure, low oxygen levels and, if not recognized and treated immediately, multi-organ failure. As a nurse hung the IV bag to administer the treatment, Erin and her husband, David, watched anxiously.

Garrett responded well. So well, in fact, he was discharged early from the hospital—in time to spend Christmas at home with his three brothers. For 28 days, Skiles and the Tilleys waited nervously. If the CAR T cells were doing their job, a bone marrow biopsy would tell the tale. Finally, in mid-January, Skiles’ name flashed on Erin Tilley’s iPhone. She assumed the worst. “Instead, she told us that Garrett was in remission,” Erin said.

HOW DURABLE WILL Garrett’s CAR T cells be? Not even Skiles can say for sure how many T-cells are still in her patient’s blood. For the moment, she uses a proxy: the absence of immature B cells—a hallmark of lymphoblastic leukemia—as proof CAR T-cells are working.

Implementing the groundbreaking treatment has meant facing other difficult questions.  While CAR T therapy looks very promising in early results, there is still no long-term survival data for patients treated with CAR T. Physicians are still learning which patients can benefit most from this treatment and how to utilize CAR T cells optimally in the patients with the most difficult-to-treat leukemia. Should CAR T be utilized before a transplant or should it be a last resort only after transplant has failed? “It’s an exciting new treatment, but it’s also challenging because there are some questions that come up for which there are not yet answers,” Skiles said.

Then there’s a more nuanced discussion about where CAR T ultimately fits on the menu of treatment options. Early data suggests that CAR T’s one-year survival rate is better than the three-year rate for traditional stem-cell transplants.

For Erin Tilley, each good checkup for Garrett leads to growing optimism. His blood tests have shown none of the immature B-cells that indicate leukemia’s presence. And that’s been true now for six months.

“That was the timeline they gave us,” Erin said. “If we can make it to that mark, the chances of a full recovery are good. Knock on wood, we’re still good.”

To learn more about or support immunotherapy research at Indiana University School of Medicine, contact Amber Kleopfer Senseny at 317-278-4510 or akleopfe@iu.edu.