AMPATH’s global health model is on track for rollouts in Ghana and Mexico. 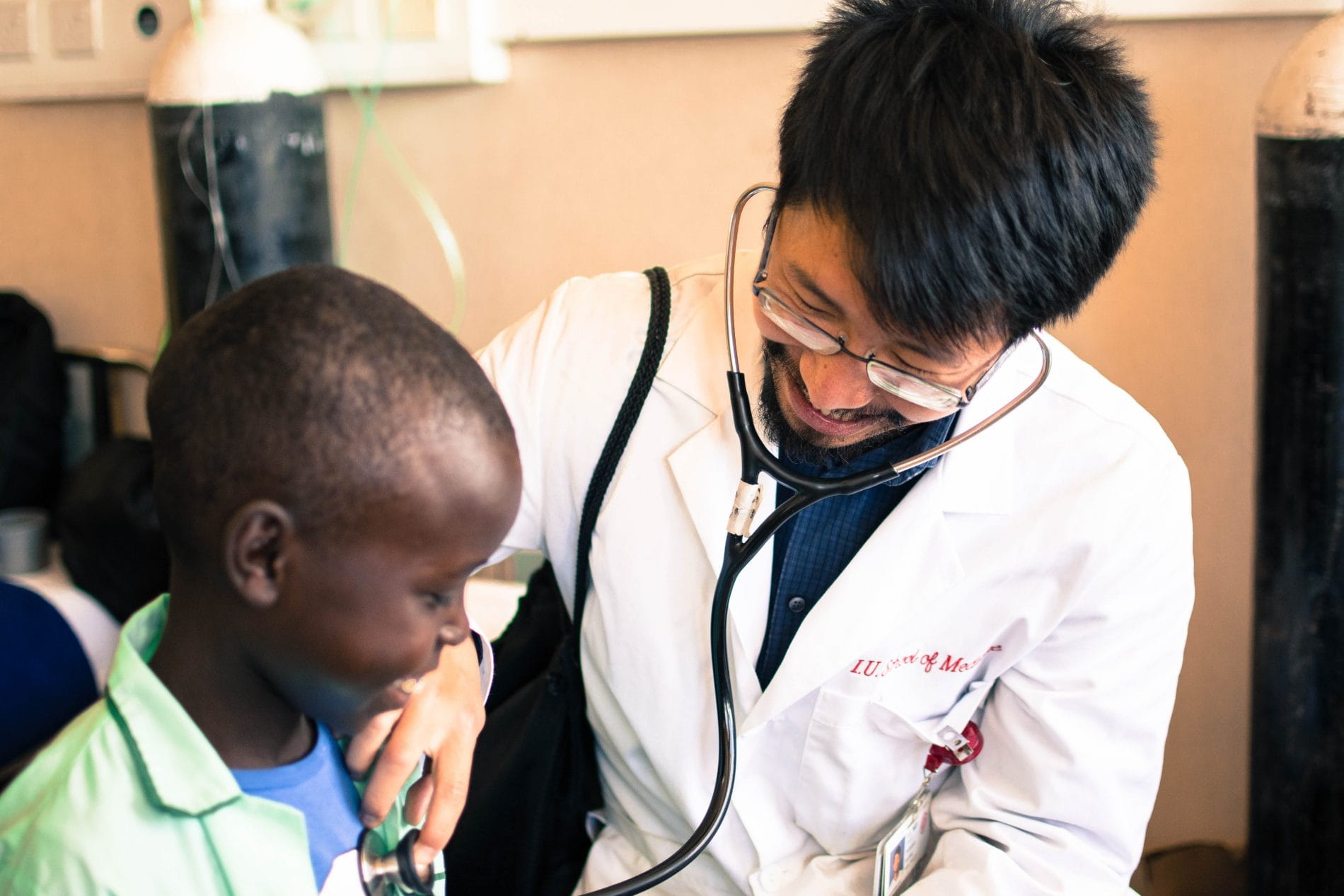 HUDDLED IN a Ghanaian hotel room, AMPATH’s founders didn’t think they were laying out a roadmap for redefining global health. They were trying to decide where to put down roots.

The quartet of doctors—Bob Einterz, Joe Mamlin, Charlie Kelley and Dave Van Reken—had already trekked to the roof of the world in Nepal and the highlands of western Kenya before coming to the warm shores of Ghana on their search.

“We all thought it could be successful,” said Einterz, associate dean for Global Health at IU School of Medicine. “But we also knew that we felt very small.”

Ultimately, they chose Eldoret, Kenya as a place to partner with a medical school on an initiative to provide health care, conduct research and train doctors. If everything fell into place, the physicians thought, maybe their approach could work in other countries where public health and the social safety net were ragged.

Three decades later, those plans are close to becoming a reality.

AMPATH, now a consortium of 13 American universities, plus Kenya’s Moi University and Moi Teaching and Referral Hospital, is exploring whether it can export its approach.

Plans are currently in the works for the University of Texas to establish a spinoff in Mexico, while New York University would unpack the model in Ghana. If funding can be secured and personnel hired, both programs could be off the ground in 2020.

In Ghana, NYU could encounter conditions that resemble the situation that confronted IU in Kenya. There is no HIV/AIDS epidemic to rein in. There are certain conditions—snake bites and rare tropical diseases—unique to Ghana. As with Kenya, there is a collection of ethnic groups speaking multiple languages. The country also lacks crucial infrastructure for academic research.

“The terrain is very similar,” Einterz said of what could await faculty from NYU School of Medicine.

Logistics for the Mexico offshoot, which would be run by UT’s Dell Medical School, present their own wrinkle. Chiefly, how many people need to be on the ground? Potential sites are only a two hour plane ride away from Austin, making it a relatively easy commute. But Einterz said success, collaboration, and trust within the local community require a regular presence.

“Development doesn’t happen to the depth it needs to happen if folks parachute in and jump out,” he said. “There does need to be some ongoing presence.”

Aside from improving access to care, satellite AMPATH consortiums offer enticing chances for joint research surrounding the social determinants of health, the delivery of care and in the basic sciences. Einterz can envision a precision medicine study where tissue from cancer patients on three continents is banked. Silos around researchers would fall.

“It’s a bit of a Holy Grail to be able to create a system that facilitates this sort of interaction,” he said. “For me, that’s kind of exciting.”

To learn more about AMPATH’s critical mission or make a gift to support its work, please contact Teresa Rhodes at terhodes@iu.edu or 317.278.0840. You can also learn more by visiting ampathkenya.org.