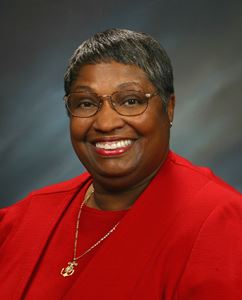 Alexa Irene Canady, MD, was a pioneer of her time, both for women physicians and African Americans, when she became the first African-American woman neurosurgeon in the United States in 1981.

“The greatest challenge I faced in becoming a neurosurgeon was believing it was possible,” she is famously quoted.

Born in 1950, Canady grew up in Lansing, Michigan, where her father was a dentist and her mother an educator. She graduated from the University of Michigan in 1971 with a degree in zoology, and it was during her undergraduate studies that she attended a summer program in genetics for minority students and fell in love with medicine.

In 1976, Canady began her residency in neurosurgery at the University of Minnesota, which she competed in 1981. Following a fellowship in pediatric neurosurgery at Children’s Hospital of Philadelphia, Canady returned to her home state of Michigan and joined the Neurosurgery Department at Detroit’s Henry Ford Hospital. Later, at age 36, she became the Chief of Neurosurgery at Children’s Hospital of Michigan, where she cared for young patients facing life-threatening illnesses, gunshot wounds, head trauma, hydrocephaly, brain tumors and spine abnormalities.

After years as a successful neurosurgeon, Canady retired from her position in 2001 and relocated to Florida with her husband. Her retirement was short-lived, however, when she learned there were no pediatric neurosurgeons in her immediate area and began to practice part-time at Pensacola’s Sacred Heart Hospital.

Canady officially retired from practicing medicine a second time in 2012. She continues to be an advocate for encouraging young women to pursue careers in medicine and neurosurgery.