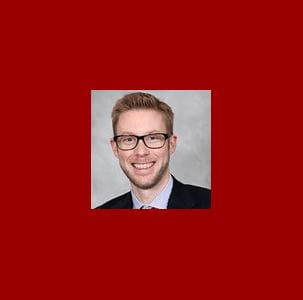 Aaron C. Ermel, MD, is an assistant professor of clinical medicine in the Division of Infectious Diseases. Since 2014, he has been an investigator for the project “Strengthening Capacity for Research for HIV-Associated Malignancies in Sub-Saharan Africa and Other Low- and Middle-Income Countries (LMICs),” large program project funded by the National Cancer Institute.

“I feel very fortunate to take my interest in human papillomavirus-associated cancers, which disproportionately affect people with HIV, [and use it to] better understand and, eventually, prevent them in low and middle income countries,” he said.

Ermel says his proudest achievement has been developing the program over time. It is now in its eighth year of funding, he said.

“The program has been incredibly productive not only by producing high-quality research, but supporting and training the next generation of researchers in the US and East Africa,” he said.

Originally from Carmel, IN, Ermel attended IU-Bloomington for his undergraduate studies, and went on to IU School of Medicine for his MD and residency in internal medicine. He then completed a rigorous fellowship in infectious diseases consisting of two years of clinical training followed by two years of research training in the laboratory of Darron Brown, MD, where he studied HPV and related cancers.

He joined the faculty in 2013 to continue that work, he said.

“Having worked with Dr. Ermel for nearly 20 years, it is clear that his dedication to research and patient care are extraordinary,” said Brown. “The research conducted on human papillomaviruses at Indiana University School of Medicine will continue under his guidance. It has been a great pleasure to work with him.”

In addition to his research, Ermel is the academic service line leader of his division and section chief at University Hospital. He has been a leader in infectious disease diagnostics, and led COVID testing programs through his lab, said Kara Wools-Kaloustian, MD.

“Dr. Ermel did a remarkable job in gearing up the laboratory infrastructure needed for the Marion County Public Health Department and for IU to respond to the challenges of COVID testing,” she said.

Ermel says the most enjoyable part of his work is having the opportunity to use all aspects of his training–namely, his clinical, laboratory, and administrative skills–on a daily basis. He recommends that learners interested in following in his footsteps focus on the long game, he said.

“I think that right now is a good time to begin a career in infectious diseases,” he said.  “The broadness of what we do, and the recent pandemics, have helped to highlight what we do as a specialty.”

When he’s not working, Ermel and his wife enjoy traveling, and sometimes they bring their dog “along for the ride,” he said.

He and his wife, who is from Mexico, also speak Spanish at home.

“We started doing that so I could learn,” he said. “Turns out, it’s one of the more useful things I have ever done!”