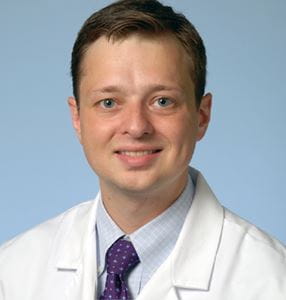 Kyle Carpenter, MD, a resident with Indiana University School of Medicine Department of Surgery has been named as one of IUPUI’s Elite 50 of 2019. The Elite 50 recognizes IUPUI graduate and professional students for outstanding contributions to the campus and the community beyond the classroom. Carpenter is currently finishing his Master’s of Public Health with the IUPUI Fairbanks School of Public Health while spending the last year of his two-year dedicated research leave in Eldoret, Kenya at Moi University through his 2018 Fulbright Core U.S. Scholarship.

Carpenter answered some questions about being chosen as one of IUPUI’s Elite 50 and his experience in Kenya.

How do you feel about being named one of IUPUI’s Elite 50?

I don’t know whether it’s deserved. It’s greatly appreciated, and it’s an honor to have the award. The nice thing is it hopefully will give some recognition to the work that we’re doing. Hopefully, it’ll create awareness for what the surgery department is committed to in terms of improving surgical care and surgical education for the Kenyans. That’s probably the thing that I’ve been most appreciative of, just being able to get a little bit of attention for that more so than for myself.

How has your experience in Kenya been?

It’s been a pretty awesome experience. Most of my work has been research focused, but I have been able to get some pretty significant clinical work in as well.

What was an interesting experience you had in Kenya?

When I first got here, there was a lecturer strike going on. So all of the professors working in public universities under the government system were not coming in to work. That included any consultant, or attending, surgeons who work for the university here. Since they weren’t present, none of the medical students could come, none of the residents could come. Due to this, the hospital here was short staffed, so I was able to become involved clinically and operate because they needed help.

What was something you enjoyed about going to Kenya?

The thing that has been the biggest pleasure for me is having my fiancée come out with me to Kenya. She had never left the country before, and she agreed to come out here for a year with me. She’s been here the whole time and has had a chance to do great work, using her experience as a critical care and trauma nurse.

How did she feel about going there with you?

She was initially nervous coming out here because she didn’t have a defined role and she didn’t really know what she would be doing here. But she has a Master’s in Nursing Education, so she’s partnered with the nursing educators here at the hospital and has been working closely with them.

How do you feel about this being part of your residency with IU School of Medicine?

It has been an overwhelmingly positive experience. I really love the people that I work with; everyone really cares about taking care of patients. Everyone there is easy to work with, and everyone gets along really well and has each other’s backs. It might be corny, or cliché maybe, calling it a family, but I think it really does hold true.