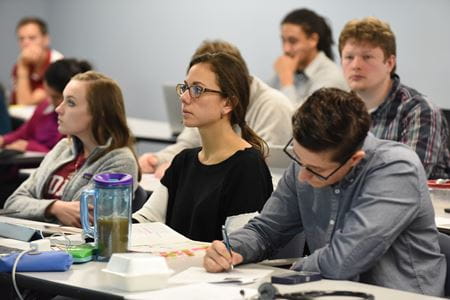 My fundamentals for acing a class during college was simple. You come to lectures, start studying the materials a week before the exam (sometimes, 2-3 days before the exams), and take the test. My strategy seemed to work partly because I know how to study for the classes and organize the materials. I was digging my work-academic-social balance where I could work about 20 hours a week, study for the test, and still afford the time to socialize.

However, the first three Evidence Based Medicine (EBM) lectures during the first week at IUSM were enough to have me realize that medical school is a new ball game, and my undergraduate strategy is not going to work at all. What would have been covered in 4 weeks in premed curricula was covered in only three lectures, and you are expected to know it all. The good thing was that the EBM lectures were during the Transition I. For those unfamiliar with the new IUSM curricula, Transition I is the first two weeks of the first semester where first year medical students are exposed to the field and art of medicine. The period was not meant to be academic heavy, so I had the opportunity to rethink my study strategies for rest of the semester when Human Structure (Gross Anatomy, Embryology, Histology) and Molecules to Cells & Tissues (Histology, Genetics, Biochemistry) are scheduled to be covered.

Each of these classes are divided into four blocks. I didn’t have a strategy figure out
before the first block begins, and was still chatting with the second year students about the tactics they used to study. Some suggested to study with a buddy, while some suggested to study alone. One commonality among them their many suggestions was: “Don’t lag behind.” I tried not to lag behind, and studied mostly on my own. I felt pretty confident about the exams, but all my confidence was destroyed when I didn’t get the grades I expected.

Although I was keeping up with the materials, I was not digesting them the way they ask the questions in the exams. I wasn’t making connection about how one thing could be related to another and how things could go wrong. I wasn’t applying and synthesizing the concepts properly. I didn’t ask my classmates about how they were studying, and that’s something that I
should have done. Any who, I moved on to block 2 knowing what connections to make while digesting the materials. I bought the question banks available in the market to get some exposures to the questions asked in the exam and hone my synthesis skills. Needless to say, my
block 2 grades improved. Block 3 has started already, and let’s hope that my test grades stay up
with my current strategy.

The Fourth Year of Medical School