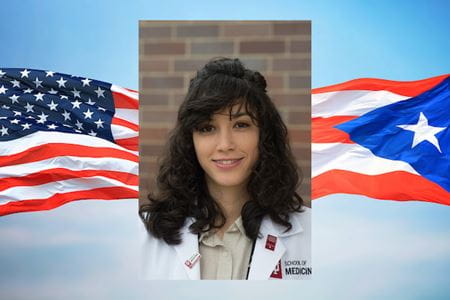 Each year, National Hispanic Heritage Month is observed from September 15 to October 15, to pay tribute to the generations of Hispanic Americans who have positively influenced and enriched the United States through achievements and contributions to society. This is the first installment in a series of blog posts celebrating the Hispanic heritages of Indiana University School of Medicine students.

For Rebecca Zapf-Pedraza, resilience has been passed down through the generations.

Her maternal grandfather, who descends from the Taíno indigenous people group, lived in the rural farming town of Cidra, Puerto Rico, during hard economic times. 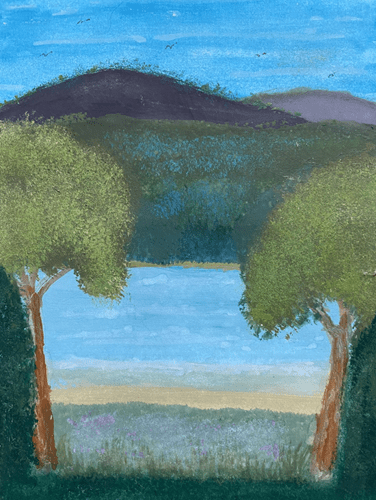 “My grandpa would walk to school barefoot, snack on the sugar plantations, ended up being homeless as a teenager, joined the military, and that’s how he got here to America,” said Zapf-Pedraza, a fourth-year medical student at Indiana University School of Medicine.

In the United States, he settled in New York’s East Harlem, also known as “El Barrio,” where Zapf-Pedraza’s mother was born and raised.

“She had to teach herself English when she was 5,” Zapf-Pedraza noted. Her mother later would become a psychologist, working at an inner-city school in Rhode Island, where Zapf-Pedraza grew up in the suburbs.

Her father was born in Puerto Rico, grew up in New York and became a family physician in rural Michigan. Zapf-Pedraza spent significant time there, as well. Extended family members on both sides still live in New York, and Zapf-Pedraza recalls many jubilant visits.

“We had the pernil asado (pork), sweet plantains, rice and beans and chicken, and played the island music,” she said. “Our get-togethers are vibrant, spirited and full of laughter.”

From the example of her family, Zapf-Pedraza learned the importance of community connection, particularly when times are tough. She drew on those cultural strengths when she faced extreme adversities during her college years.

Zapf-Pedraza was a National Hispanic Scholar studying psychology at Westminster College in Utah when her father died unexpectedly. As the eldest of his children, Zapf-Pedraza, at age 20, was faced with handling the legalities of the estate. Compounding the tragedy, she lost her younger brother and stepmother shortly after her father’s death, both related to mental health issues.

“I also was dealing with food insecurity, financial problems and housing insecurity at the time,” said Zapf-Pedraza, whose scholarship funds ran out, forcing her to transfer to a less expensive university in Connecticut. “I learned a lot about the importance of community resources like food pantries and places that offer weekly hot meals, and how that plays into physical and mental health.” 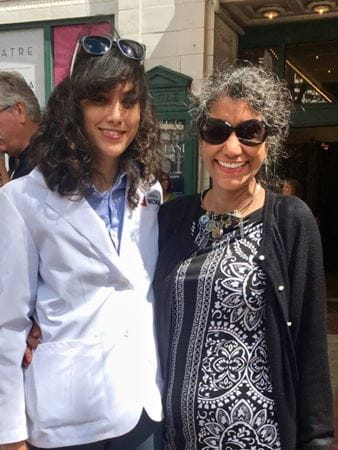 Walking through these difficult experiences led Zapf-Pedraza to pursue a career in medicine. She switched her major to biology with pre-med in mind. As an undergraduate, she participated in the University of Connecticut Health Disparities Clinical Summer Research Fellowship Program, working with a largely Spanish-speaking, underinsured population.

“I started finding a passion for caring for the underserved,” Zapf-Pedraza said. “I want to be a doctor so I can address all these different social determinants that play into physical and mental health.”


Finding her community at IU School of Medicine

Understanding the importance of focusing on her own well-being, Zapf-Pedraza joined several student interest groups after coming to IU School of Medicine.

“I decided to join the Latino Medical Student Association (LMSA) to find a sense of community here,” she said. “A lot of us had this culture we’d grown up in with certain parenting styles and certain celebrations around food and around family, as well as language. We have all these commonalities—and we are going through medical school together. We are able to share resources with each other and get support for overcoming barriers.”

Zapf-Pedraza is also vice president of the Student Alliance, a student interest group for LGBTQ+ students and allies.

“I’ve been involved in LGBTQ advocacy since college and helped start and lead an LGBTQ student interest group in undergrad in Utah,” Zapf-Pedraza said. “I have a passion for medicine to the underserved, for certain groups that are facing bias or distrust in medicine. And I want to bring awareness to barriers to care that trans and gender-diverse folks are facing.”

Additionally, Zapf-Pedraza has done advocacy work in cooperation with The Steve Fund, which is dedicated to the mental health and emotional well-being of students of color and is working with the Association of American Medical Colleges (AAMC) to improve equity in medical schools. IU School of Medicine leadership has been responsive to student-led initiatives, implementing several improvements to make mental health care more accessible and inclusive, Zapf-Pedraza said.

“It’s been inspiring to see leaders in both the LGBTQ+ and Latinx communities and other students fighting for different things related to health equity and inclusion,” she said.

For Hispanic Heritage Month, Zapf-Pedraza is hosting an intersectional event including members of the Alliance and LMSA. 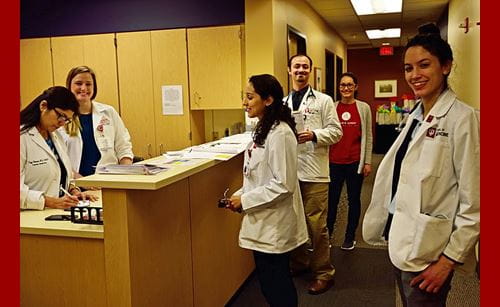 As a future physician, Zapf-Pedraza believes her experiences with diverse and underserved populations will help her be more aware of implicit biases and provide compassionate care. She is taking medical Spanish classes to improve her ability to communicate with Spanish-speaking patients in their language.

Zapf-Pedraza values her Puerto Rican heritage and the lessons she has learned from being a part of this community.

“Resilience is a big thing for me. I think of my grandpa’s journey of homeless in Puerto Rico, my mom’s journey from the projects in Harlem, and I drew on that as I was going through my own experiences in losing my family in college,” she said. “I think that, personally, because of the generational struggles I’ve witnessed, I am able to talk to some of the patient populations and sort of ‘speak their language’ and relate and even joke about things so they feel more comfortable seeking physical and mental health care. I want to have a tangible impact on whole patient care.”

Coquito is “Puerto Rican eggnog.” It is served at Christmas time and traditionally given to carolers and neighbors!

This is a more time-consuming recipe involving heating of egg yolk. But eggs and alcohol are optional!

Read the next installment in this series celebrating the Hispanic heritages of IU School of Medicine students. 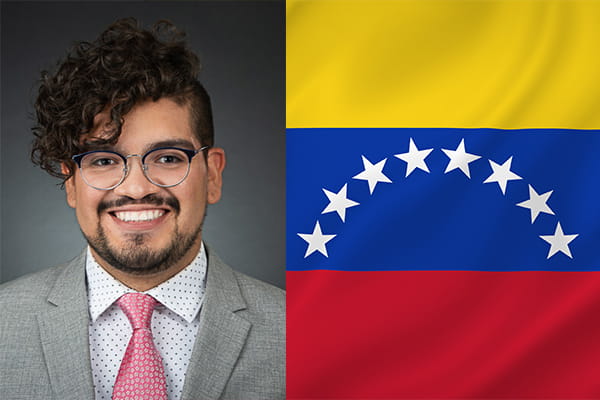 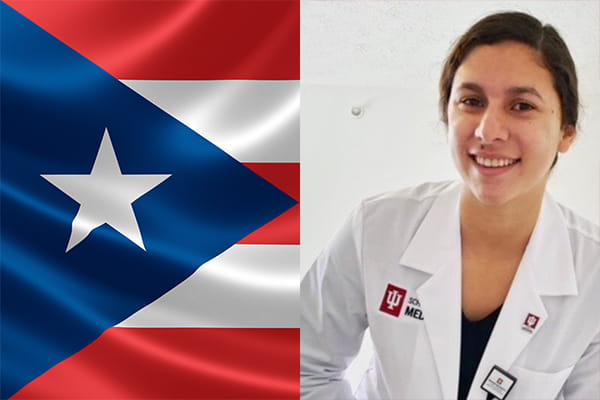