Few things can prepare a 15-year-old boy and his family to move to the other side of the world. But for Andre Alabd, that new world was turned upside down after the sudden death of his father.

Alabd was born in Egypt, where he and his family were part of the Coptic Orthodox Christian Church of Alexandria. He and his older brother were close with each other and their parents, especially their dad.

“He taught me everything,” Alabd said. “He was a very persevering man and all about hard work. He instilled that in my brother and me very early on.”

In July 2009, when Alabd was 15 years old and his brother 21, his family moved from Egypt to the United States—settling in Philadelphia. One month later, his dad suffered a heart attack.

“He was previously healthy,” Alabd said. “Imagine a kid who just came from a different country and lost the person they’re closest to. I didn’t know the language. I didn’t know anyone and the closest support was thousands of miles away.” 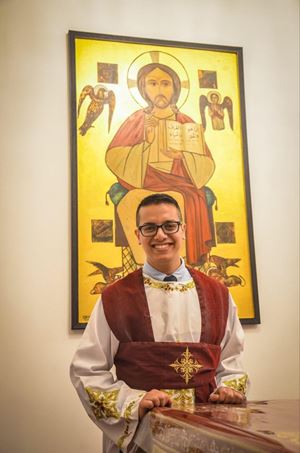 Though friends from church offered Alabd’s family help and support, they still experienced intense sadness, grief and anger. But it was a newfound interest in medicine that helped Alabd heal.

“I saw all the doctors did to try and help him. I knew they did everything they could,” said Alabd. “In my mind, I realized doing that would make me feel so satisfied, like I’m doing something that matters. I became really goal-oriented and worked my way through high school and undergrad to make it into medical school and that was kind of like my way out of such a tough time.”

Alabd completed his undergraduate degree in biological sciences at the University of the Sciences of Philadelphia and his medical degree at Sidney Kimmel Medical College at Thomas Jefferson University in May 2020. And in the summer of 2020, he will join the Indiana University School of Medicine Department of Urology as a new urology intern.


Right: Alabd dressed as a deacon for his church's Easter mass in 2019.

“I was really interested in oncology. I just loved how you can get personal with a patient and be there for them when times are tough,” Alabd said. “But when I did my general surgery rotation, I really enjoyed how you can go in and fix the problem with your own hands. So, I was a bit torn.”

Then, he did his urology rotation, and knew that was the field he wanted to specialize in.

“I would see the urologists take out part of a kidney or bust a stone then go to clinic and follow up with a patient who has been there for years,” Alabd said. “It seemed like the whole package to me.”

Alabd also felt his personality fit in with the other urologists he met on his rotations and during interviews throughout the match process, especially at IU School of Medicine.

“There wasn’t a single dull moment. All the people are generally very easygoing,” Alabd said. “I clicked very well with the faculty. I felt like they would be great mentors that would shape me into who I want to be as a resident and as a future urologist.” 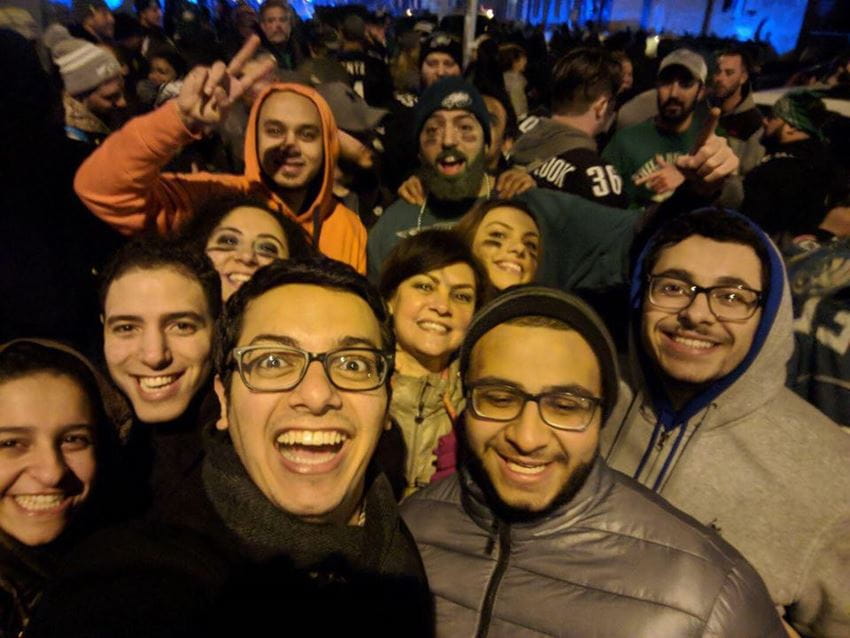 He’s also looking forward to spending time with the other residents and being part of a program with a reputation of producing some of the best urologists in the world.

“Urology residents out of IU are known for being able to handle anything—any patient, any case—no matter how complex,” Alabd said. “It’s the toughest residency out of all the programs and because of that, you come out of it the best. I heard of that reputation from people everywhere, not just at IU.”

When Alabd moves to Indianapolis to start his residency program, it will be the first time he has ever lived away from his mom and brother. They’re planning frequent visits, and he has already found a church community to be a part of when he moves. But ultimately, he is ready to take on these new challenges, while still thinking of his dad along the way.

“I owe everything I am to him,” said Alabd. “In medicine, you wake up every day and feel like you’re doing something that matters to someone personally, and I think that would make him proud.” 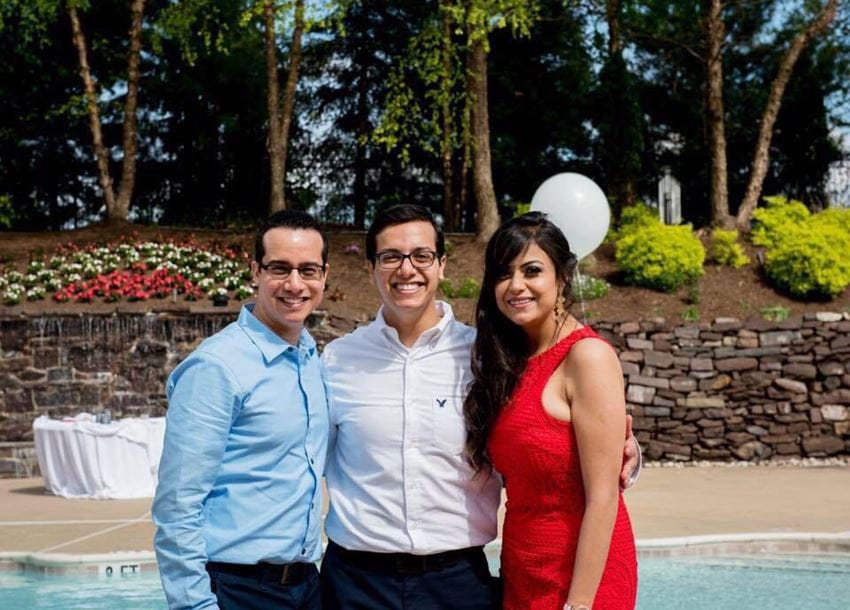 Learn more about the Department of Urology residency program.

Christina is the media relations specialist for the IU School of Medicine Dean's Office of Strategic Communications.