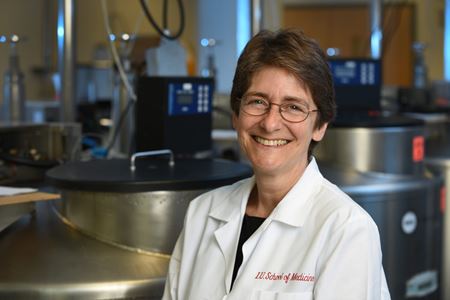 Indiana University School of Medicine’s repository for biological samples used by the nation’s Alzheimer’s disease researchers is changing its name to the National Centralized Repository for Alzheimer’s Disease and Related Dementias.

“The new name reflects the significant expansion of the repository’s scope and activities since its creation in 1990,” said Tatiana Foroud, PhD, director of the repository and chair of the Department of Medical and Molecular Genetics at IU School of Medicine.

The repository’s resources have been used by more than 150 scientists and resulted in more than 500 scientific publications.