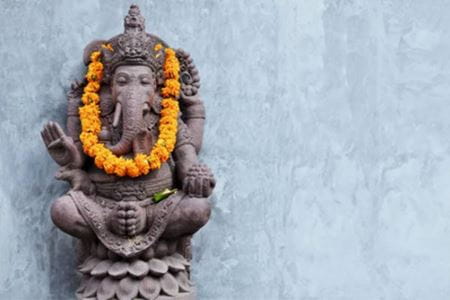 What does a hospital chaplain do? What kind of training do they receive?

Hospital chaplains offer spiritual guidance to patients and their families. They are representatives of faith traditions; chaplains use the principles of psychology and spirituality.  Some responsibilities for chaplain include answering faith-based questions, providing spiritual guidance to patients and staff across various belief systems, prayer upon request, and lending a kind, listening ear.

What do you think are the most fundamental aspects of Hinduism? 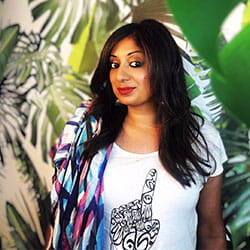 Hinduism has no central scripture like the Bible, Torah or Quran; there are multiple scriptures and ways of practice. Hinduism is a faith of inclusivity based on the principle Ekam Sat (all is one) meaning all faiths, all religions of this world, are equal. Other phrases that contribute to the principles of Hinduism are Vasudhaiva Kutumbakam (universal family) which is a Sanskrit phrase found in Hindu texts such as the Maha Upanishad (religious text), which means the world is one family. Ahisma (nonviolence), means noninjury to all living beings, nature, animals and mankind, including nonviolence through speech, thought or action.

What should providers know about Hinduism to better serve patients of that faith tradition?

Always ask a patient what tradition within Hinduism they follow in order to better serve them. Hinduism is vast and extremely diverse in its practice. It can’t be defined since traditions and practices vary from family to family and culture to culture.

What do you think is the most unique aspect of Hinduism?

Hinduism is unique because it accepts all ways of worship, ways of seeking the divine. Many Hindus believe all faiths lead to the same divine. When some Hindus attend churches, mosques and synagogues they feel no different than entering a Hindu temple. It is a faith of tolerance, oneness and universal consciousness.

What are some of the religious traditions, rituals and holidays?

The most important tradition for Hindus is puja (ritual prayer) which is an act of worship; it depends on the individual how they choose to perform. Some Hindus enjoy going to a Hindu temple, while others prefer staying at home and doing their prayers. Puja in temples is performed by trained priests who study at Gurukulam (schools in India) and are well versed in scriptures and prayer rituals. Each priest is trained in a unique tradition, Hindus who want pujas performed by a priest must define which school or tradition of Hinduism they belong too.

What are some of the symbols of Hinduism and what do they symbolize?

Om, a sacred sound and a spiritual symbol in Hinduism and other Indian religions, Buddhism and Jainism. It signifies the essence of Atman, the ultimate reality, consciousness. It's a syllable that is chanted either independently or before a spiritual recitation. The meaning and connotations of Om vary between the diverse schools within and across the various traditions. It's part of the iconography found in manuscripts, temples, monasteries and spiritual retreats in Hinduism, Buddhism and Jainism.

What is the added value of spiritual care?

As individuals grow, change and struggle, spiritual care provides hope and purpose along the way, regardless of belief systems. Spiritual care assists the hospital in aiding patients’ overall treatment and providing holistic care.

How can chaplains support physicians? How may they work together?

A hospital is a challenging environment surrounded by sickness, death and darkness. A chaplain can provide care for both physicians and their patients spiritually by giving them examples from religious scriptures or being there lending a kind ear.