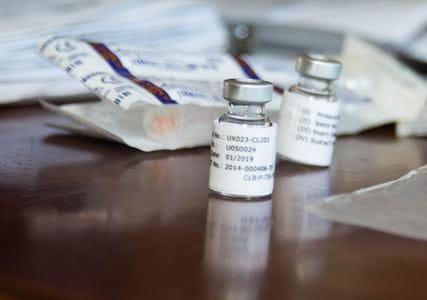 In the mid 1990’s, Michael Econs, MD, a then assistant professor of medicine at Duke University, had decided it was time to move. After looking at a number of medical schools, he decided that Indiana University School of Medicine was the best fit. In addition to its excellent endocrine division and Departments of Medicine and Medical and Molecular Genetics, IU School of Medicine was also able to provide his laboratory with the equipment he needed to be successful. What he didn’t realize until coming to IUSM was that the Scottish Rite Foundation had provided much of the money to purchase his lab equipment.

The relationship between IU School of Medicine and the Scottish Rite Foundation (SRF) began in 1968 when physicians from the school were seeking volunteers to participate in bone density studies. Approximately one hour south of the Indianapolis campus, they found willing participants at the Indiana Masonic Home in Franklin, Indiana, with Masons participating in the studies themselves. That early involvement inspired what would become a fifty-year relationship between the Scottish Rite – a Masonic organization – and IU School of Medicine.

Decade after decade, the SRF has remained committed, always with the ultimate goal of helping to reduce people’s suffering. Over the years, research progress continued and many important bone discoveries took place. The financial support from the SRF funded critical equipment, supplies and research activities. Most importantly, their support provided certainty. When grant approvals were delayed, or there was a new, innovative idea but no funding immediately available, support from the SRF allowed IU School of Medicine bone research to move forward. Every single year.

Rodney Mann, the executive director of the Scottish Rite Foundation of Indianapolis, guides his board on philanthropic decisions. “We’ve always believed in the bone research happening at IU School of Medicine and we’ve never wavered. We trust the researchers and the team. We know they are doing all they can to help people.”

In April of 2018, during the SRF’s annual campus visit, Dr. Econs was thrilled to share the news that his dream from over 20 years ago had become a reality. The SRF Board of Directors learned their support helped bone research come full circle, from laboratory research to a new treatment for patients. This new treatment, Burosumab, was approved for use by the Food and Drug Administration (FDA) to treat people suffering from a rare type of bone disease, XLH, which causes a genetic form of rickets. Rickets is a condition that results in weak bones, often in children. Symptoms include bowed legs, stunted growth and bone pain.

“When this all started 50 years ago, I doubt early Scottish Rite members could contemplate the longevity or the impact this partnership would have. We couldn’t be any happier to see this outcome, a new drug that will directly help people,” said Mann.

Burosumab has been approved by both the FDA and the European Medicines Agency for use in children and adolescents with XLH. Research that began in a lab in Indiana will now make a truly global impact, and none of it would have been possible without donors like the Scottish Rite Foundation, which for fifty years has proven their weight in gold.