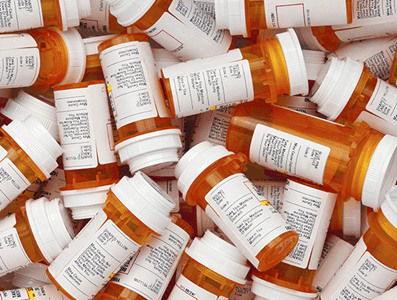 In the last few decades, many have recognized that chronic pain is a real issue in the United States. It’s estimated that perhaps 100 million Americans are affected by chronic pain, which can lead to mental health issues like depression and anxiety and a significantly reduced quality of life.

To combat this condition, many turned to opioid pain medications. Between 2007 and 2012, prescriptions for opioids in the U.S. climbed more than 10 percent. Unfortunately, opioid medications carry with them a number of problems, including addiction an—in the worst cases—death. The latter has garnered much attention in recent months, as some have blamed increased overall mortality rates in some parts of the country on the opioid epidemic. Many professional organizations have now released guidelines for opioid prescribing that are intended to make clinicians and patients think carefully before using the drugs.

Part of the problem is that the evidence base for the long-term use of opioids is lacking. There is evidence that they can work in the short term, but given the significant downsides to their use, many have called for patients who have been on the drugs for a long time to be tapered off. As you can imagine, this type of talk can cause panic in many patients who suffer from chronic pain, who have been on opioid prescriptions, and who have been benefitting from them.

We need better ways to talk to patients about the risks and benefits of opioid medications, about pain management in general, and about potential policies that require moving patients from opioids to other therapies.

In a large collaboration, a team of health, communication, and computer science researchers at Indiana University School of Medicine, IUPUI, Purdue University, and the Regenstrief Institute performed a qualitative study in which they conducted in-depth interviews with patients taking opioids for chronic pain and their providers. Their goal was to identify challenges in communicating with patients about this issue and to identify best practices in helping patients to transition off opioids.

They identified four themes that were critical to the tapering process:

The team of researchers is experienced in qualitative research, and their paper, published online July 8 in the Journal of Pain, gives specific examples of patient and provider concerns that support these four themes. It’s clear that there are still issues to overcome in care, but this work represents a major step forward in thinking about better ways to communicate about this critical issue. From the conclusion:

“Specifically, if clinicians tailor their messages to help each patient understand why tapering may be beneficial to them, based on their own unique circumstances and medical history, conversations about tapering could be more productive. In addition, our findings indicate that encouraging patients to have input into the tapering process, even if it is simply the rate of tapering, can help patients feel as if they have some control over their treatment. Finally, while the centrality of the patient-provider relationship in pain management is recognized, the specific notion of non-abandonment emerged as critically important to both patients and providers. Patients experienced tapering more positively when they felt assured that their providers would remain with them through the entire process.”