IU-led study looks to understand how bones and muscles interact 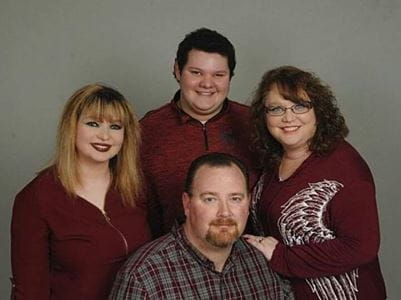 When Melissa Rae O’Connor was pregnant with her first child, she was excited to be a new mother and experience all the joys other new parents feel. But after learning she had kidney disease a little over 20 years ago, her life dramatically changed.

“I had no idea the whole time I was pregnant,” said O’Connor, whose doctors kept finding issues with her urine tests throughout those nine months, eventually discovering high protein levels later in the pregnancy. “They said I probably had it a few years before, but they don’t know exactly how long.”

Shortly after giving birth to her daughter, O’Connor became pregnant with her son. After he was born, she began to notice the symptoms of kidney disease more often. She began experiencing weak muscles, a common symptom for people with kidney disease. As O’Connor tried her best to manage these symptoms, she was also raising two young children and continuing to work as a medical assistant all at the same time.

“I was just tired all the time. My kidney function dropped drastically from the time I found out until it was about 22 percent,” O’Connor said. “That wasn’t bad enough for the transplant list, but my functioning got lower and lower. It was really hard. It was hard to even comb my hair. I couldn’t do things like cleaning as much as other people do, so I felt like I didn’t lead a good example for my kids.”

O’Connor was experiencing osteosarcopenia, which is common in people with many conditions, including kidney disease, cancer, and is frequently diagnosed in aging adults. Osteosarcopenia is a condition marked by loss of both bone density and muscle mass. Support from a $10 million grant from the National Institutes of Health is helping researchers at Indiana University School of Medicine Center for Musculoskeletal Health find ways to continue treating these serious conditions while maintaining bone density and muscle mass.

IU School of Medicine researchers are looking at the metabolite beta aminoisobutyric acid (BAIBA), an exercise-induced muscle factor that was shown in studies to stop bone and muscle loss in inactive mice. The factor also enhances the effects of low level exercise. If successful for humans, it could mean a faster recovery time and increased quality of life.

“Musculoskeletal conditions are the leading cause of medical costs in this country. It’s more than if you combine cancer and heart disease,” said Lynda Bonewald, PhD, the center’s director and leader of the multi-institutional study. “What we hope to accomplish is to understand muscle and bone crosstalk so we can develop new therapeutics that will prevent osteosarcopenia.”

According to Sharon Moe, MD, who sees patients like O’Connor struggle with the lasting effects of osteosarcopenia, making that connection is vital.

“The result of progressive osteosarcopenia in advanced kidney disease is that a 40-year-old on dialysis walks at the same speed as an 80-year-old who is relatively healthy. The overall physical activity of a patient undergoing dialysis is minimal,” said Moe, who leads the IU School of Medicine Department of Medicine’s Division of Nephrology and runs the Indiana Center for Musculoskeletal Health Clinical Research Center funded by an NIH award.

“The lack of physical activity also affects heart and mental health. We simply do not know enough about the interaction of muscle and bone to help patients.”

Through their study, Bonewald’s team—that includes researchers at IU School of Medicine, along with their counterparts at the University of Missouri-Kansas City and University of Texas at Arlington—hopes to learn more about the biochemical communication between muscle and bone in order to help patients with osteosarcopenia like O’Connor and other suffering from weakness and impaired activity.