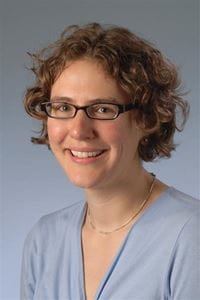 Indiana University School of Medicine is one of three new institutions to be named Centers of Excellence by the Parkinson’s Foundation, joining a global network of 48 medical centers providing expert care to people with the disabling disease.

“The center designation is a recognition of the high quality multi-disciplinary care that we provide, including neurology, neurosurgery, neuropsychology, psychiatry, art therapy and genetic counseling for people with Parkinson’s disease,” said S. Elizabeth Zauber, MD, associate professor of Clinical Neurology and the Center director.

Indiana University School of Medicine becomes the only Center of Excellence in the state of Indiana and one of 35 based in the United States.

“The newly designated Centers of Excellence join a network that is setting the highest standards of care for people with Parkinson disease worldwide,” said John L. Lehr, Chief Executive Officer and President of the Parkinson’s Foundation. “We are proud to further our commitment to improving the quality of life for people with Parkinson’s and making a difference in underserved communities across the country.”

A Parkinson’s Foundation Center of Excellence is a medical center with a specialized team of neurologists, movement disorder specialists, rehab professionals, mental health professionals, and others with deep expertise in the latest Parkinson’s disease medications, therapies, and research to provide the best care. The Center of Excellence network is a key part of the Parkinson’s Foundation goal to ensure everyone living with Parkinson’s has access to expert care so they can live better lives. Every center must recertify after five years to ensure the required standards of care.

“We were extremely pleased to receive this designation because the award comes with funds to support education, outreach, and research,” said Zauber. “And it suggests that the level of care we provide is on par with some of the finest centers in the world.”

Zauber said that becoming one of the Centers of Excellence is also a challenge for the Department of Neurology’s Movement Disorder Specialists to improve care coordination and to improve the education and outreach to patients across the state.

“We will achieve this by partnering with patient organizations, local hospitals, as well as with the Parkinson’s Foundation to improve patient and provider education about Parkinson’s disease,” she explained. “Further, we will build on existing strengths in genetics, rehabilitation and dementia to improve interdisciplinary research opportunities.”

More than 10 million people are living with Parkinson’s Disease around the world. Each year, 60,000 Americans are newly diagnosed with the second-most common neurodegenerative disease after Alzheimer’s. There is no cure for the disease which symptoms include tremors, slowed movement and impaired balance.

IU School of Medicine will unveil the new Centers of Excellence plaque at a ceremony to be held October 1, 2019 at IU Health Neurosciences Building at Goodman Hall.