Rare Disease: How Common is the Uncommon? 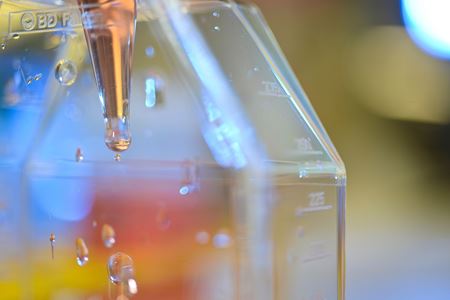 What defines a rare disease?
In the United States, a rare disease is defined as any disease affecting fewer than 200,000 individuals; however, this definition varies by country.

Are rare diseases acquired or genetic?
The majority of rare diseases – approximately 80 percent – are genetic and are typically present throughout one’s lifetime, even if symptoms do not immediately appear.

Why is rare disease often referred to as an “orphan” disease?
Orphan or rare diseases are not commonly pursued by the pharmaceutical industry. With rare diseases affecting such a small portion of the population, there is little financial incentive to create and market new medications.

IU School of Medicine fellow named Collins Scholar for neurofibromatosis research
Children's Tumor Foundation honors Clapp with prestigious award
Teen honors grandmother with fundraisers for Parkinsons research
15th Anniversary of Miles for Myeloma
“We knew if we were to get pregnant again, it would be a rocky road.” Patient with rare condition thanks faculty for saving son