Pediatric Community Advocacy Rotation – In this Together 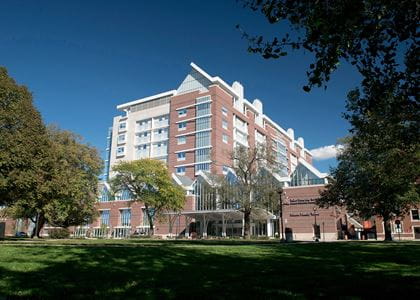 Everyone knows the feeling. It’s getting near the end of a busy day when you’re informed of a new admission, or maybe you’re only a few patients into a full clinic, and somehow you’re already falling behind. As you prepare to see the patient, you’re informed they don’t speak English and will require a Spanish, or Burmese, or Thai, or any of a variety of other interpreters. It doesn’t matter how capable or how accurate, an interpreter is, these visits always take longer and as a provider you always wonder if you were able to get an accurate story and if the family truly understands what you tried to explain.

It is always difficult and sometimes frustrating to try and communicate with someone who doesn’t speak your language, and in a medical setting it can cause problems when one side or the other isn’t able to understand what the other party is trying to explain. Symptoms get described incorrectly, the question that is asked isn’t the one that is answered, a family doesn’t feel comfortable asking questions, or they’re so confused that they don’t know what to ask and aren’t sure how to express that. Interpreters are crucial links in these encounters, but working with them can be frustrating when it feels like they aren’t translating everything, or you can understand just enough that you know that what they’re relaying isn’t quite what you had said.

During this rotation, we had the opportunity to speak with an immigrant about her experiences moving and now living in the United States. It was amazing to hear of the struggles she had overcome to create her life here, and saddening to listen to her describe the difficulties she still had to deal with on a regular basis. During our discussions after our conversation, we discussed the use of interpreters and learned that patients also understand and have to deal with the frustrations of using interpreters. Often they know that they aren’t being properly understood, that they also feel the awkwardness and difficulty of having to express themselves through another person, that they too feel the extended time appointments take. Patients also see our frustration, however, some see it as a frustration not at the situation, but rather that as a physician, we are frustrated with them, the patients.

With this in mind, the next time I see that a patient has requested an interpreter I hope to keep this in mind. To walk into the room, prepared to take as long as needed, to not show my frustration. Most importantly, I hope to openly acknowledge the situation, discuss with the patients that I know this isn’t the ideal set up, that I understand it can be frustrating and difficult for them as well, but that we are in this together.

Samantha is originally from West Des Moines, IA. She completed her undergraduate studies at St. Olaf College and her medical school training at Saint Louis University. She is starting her second year of pediatric residency and currently thinks she would ...