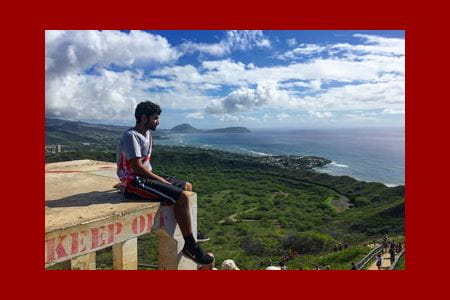 My name is Arvind Haran and I’m a third-year medical student at IU School of Medicine in Indianapolis. I am a one of six Student Delegates who represent medical students in Indiana, Ohio, Michigan, Kentucky and West Virginia in the American Medical Association (AMA) House of Delegates. My involvement with the AMA in the past year has been inspiring and professionally motivating. I joined the AMA because I wanted to try and make a difference in medicine and public health at a larger scale. I’m thankful to have gotten to travel to Hawaii and Chicago for annual conferences and even pass two policy changes!

What is the AMA?

The AMA is the largest organization of physicians in the United States, and their mission is to “promote the art and science of medicine and the betterment of public health” by means of advocacy, influencing federal and state legislation, and researching key issues in public health.

Any member of the AMA can write a policy proposal that addresses a problem in health care. The proposal is debated and voted on during each of the biannual AMA meetings to determine if it will become an official AMA policy. Therefore, even medical students can affect policy and enact change at a very large scale! I was lucky enough to be one of those students.

In the November 2017 AMA conference in Hawaii, I wrote and introduced two policy proposals that passed our Student Section and were forwarded to the main AMA House of Delegates for the Chicago meeting in June 2018. These proposals were inspired by my summer research. My primary resolution was about money-bail as a public health issue, as it unnecessarily detains mostly poor, non-violent individuals and subjects them to the harms of incarceration. The other was about limiting the use of solitary confinement, in which I took a secondary author role. At the Chicago conference, both policy proposals were passed without much debate. So, I’m really happy to say that my efforts and initiative have literally changed Official AMA policy! I’m proud of this achievement and am very excited because actions like this prove the AMA’s commitment to issues in health equity.

What are some other accomplishments you’re proud of with the AMA?

Coming out of the conference high and being involved in organized medicine has gotten me very optimistic for the future. It reinvigorated my passion for medicine. I can’t wait to rock the rest of my clerkships and find which specialty fits best for me!

Tell us a little more about you!

I was born in Munster, IN, grew up in Naperville IL. I went to college at Case Western Reserve University in Cleveland, OH. My hobbies include basketball, running, dancing (especially during occasional trips to Tiki Bobs), and reading non-fiction and current events.