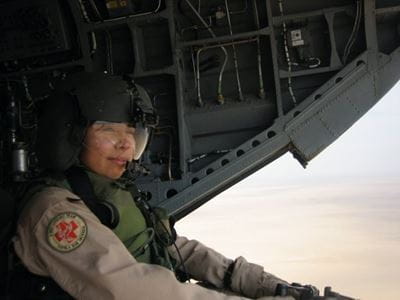 Guadalupe Jimenez remembers sitting in her guidance counselor’s office in Long Island, New York, discussing her plans for college, when the news broke that the twin towers had been hit on Sept. 11, 2001. Jimenez, a high school senior at the time, was considering applying to nursing school.

That day marked a turning point. As news rippled out on televisions across the nation, those close to the epicenter faced the raw, immediate fear of what could happen next.

“We were taken out of our classrooms. The world stopped for us,” Jimenez said. “You have anger, you have all these emotions, and you want to turn it into something good.”

Deeply informed by her faith, Jimenez already knew she wanted a career that involved healing others. Determined to serve after the 9/11 attacks, she researched options for military service. Immediately after graduating high school the following spring in 2002, Jimenez enlisted in the U.S. Navy as a hospital corpsman. Hospital corpsmen play a critical role in providing emergency medical treatment to military personnel, including Marines and Sailors, who are injured in the field.

Nearly 19 years after that initial turning point, she has served three tours of duty as a hospital corpsman and is now pursuing a medical degree at Indiana University School of Medicine. In recognition of her outstanding service and leadership, Jimenez was recently selected as a 2020 Tillman Scholar. She was one of 60 selected out of more than 1,700 applicants.

Pat Tillman, a professional football player with the Arizona Cardinals, left his sports career and enlisted in the U.S. Army in June 2002 in the aftermath of 9/11. An Army Ranger, Tillman served several tours in combat before he was killed in the mountains of Afghanistan in 2004. Following his death, family and friends established the Pat Tillman Foundation. As part of the foundation, the Tillman Scholars program supports the nation’s active duty service members, veterans and military spouses by investing in their education and professional development.

“This is something I am most proud of in my life,” Jimenez said. “I am morally obligated to ensure veterans are appropriately taken care of in the medical field.”

Jimenez has a strong record in serving where service is most urgently needed, embodying what it means to be a Tillman Scholar. She completed two tours of duty in Iraq, serving Marine units in active combat during the Iraq War from 2003 to 2008. During the first seven-month tour, she served in multiple regions, including Fallujah, one of the central areas of fighting. She was often part of a team that was first on the ground to treat battle field injuries in the emergency field hospitals. 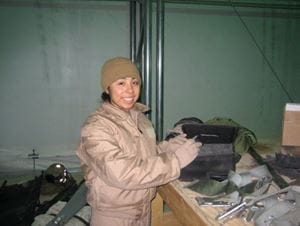 During the second seven-month tour, she served as a CasEvac corpsman, evacuating wounded Marines directly from combat zones and safely moving them to a shock trauma platoon, a mobile medical unit, which acts as an emergency room on the battlefield. This was a more dangerous and challenging deployment—stethoscopes don’t work on helicopters due to the loud noise—and providing initial medical care to an injured serviceman while flying in a combat zone requires immense calm under pressure. Jimenez quickly developed skills to react in life-threatening situations, both for herself and her patient.

“My service made me stay grounded, no matter how tough the situation was. I was the only person there for my patient,” Jimenez said.

After five years of active duty, she returned home to the U.S. to complete her undergraduate degree in biology at Stony Brook University in 2013. Jimenez served in a final tour of duty in Afghanistan for six months from 2012 to 2013, attached to an Army unit. 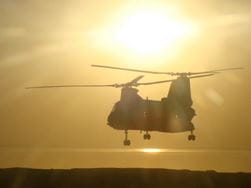 Prepared with years of active military service and a bachelor’s degree, Jimenez considered her next steps while working as a medical assistant and subsequently a department coordinator at the Jacobi Medical Center, one of the public hospitals in New York City that has more recently borne the brunt of the COVID-19 pandemic. Her work with immigrant families at the hospital helped her to identify one of the central challenges in health care—disparities.

“It was a difficult decision to pursue becoming a doctor, but I wanted a seat at the table,” said Jimenez, who was 29 at the time. “I wanted to help these families.”

Her goal was to focus on serving patients facing the most need because of poverty and other structural challenges, including social determinants of health.

Similar to the research she conducted before enlisting, Jimenez ranked every post-baccalaureate medical program in the country. Based on her evaluation, one of the programs she applied to included IU School of Medicine’s Master of Science in Medical Science (MSMS) program. She was accepted, launching her journey toward becoming a doctor. The MSMS program provides support to students from disadvantaged backgrounds to enhance their preparation and confidence for applying to medical school.

One of her mentors at IU School of Medicine, Javier Sevilla-Martir, MD, first met Jimenez while she was enrolled in the MSMS program. “I had no doubt she was going to succeed in her endeavor to become a physician,” said Sevilla-Martir, who is Assistant Dean for Diversity Affairs. “She invests in every patient to find the best way to serve them and is always willing to go the extra mile.” “Becoming a doctor requires sacrifice,” said Jimenez, who is now in her fourth year of medical school at IU School of Medicine and has served as an active volunteer at the IU Student Outreach Clinic and clinic manager.

“Guadalupe models service and leads with humility, eagerly learning and teaching other students about the needs and ways to help our patients,” Sevilla-Martir said.

In December 2019, as COVID-19 began its global spread, Jimenez decided to specialize in emergency medicine. Prior to that decision, she had also considered pediatrics. Jimenez wants to use her education and leadership skills to serve patients most in need right now—mirroring her work overseas.

“After seeing COVID-19, I definitely need to be with my adult patients,” Jimenez said. “Running toward the fire. That’s where my heart lies.”

Importance of mental health for veterans

Jimenez, as a future physician and current Tillman Scholar, offers advice for fellow veterans. “Something to remember regarding deployment, is that the person going there isn’t the person coming back,” Jimenez said. “While not every day is challenging, 9/11, Memorial Day, and Veterans Day are days that can be especially hard.” Three strategies she has found useful include: