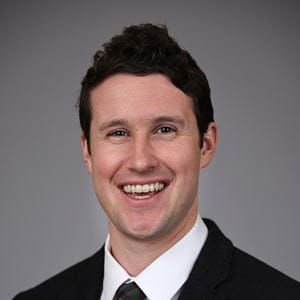 Steven Rhodes, MD, PhD, an Indiana University School of Medicine fellow in hematology-oncology who is performing post-doctoral research for the treatment of neurofibromatosis, has been selected as a Francis S. Collins Scholar, receiving substantial support from the Neurofibromatosis Therapeutic Acceleration Program (NTAP) at Johns Hopkins University.

“We are invested in giving unusual amounts of support to people who have demonstrated talent and are ready to make a commitment to focusing their scientific career on neurofibromatosis-type 1,” explained NTAP Director Jaishri Blakeley, MD.

NF1, as the disease is known, causes tumors to grow on nerves anywhere in the body. An estimated 1 in 3,000 people in the U.S. is born with this debilitating and often disfiguring disease. As tumors grow, they can put pressure on internal organs and systems, and may turn cancerous, developing into a deadly sarcoma called malignant peripheral nerve sheath tumor (MPNST).

The Collins Scholars program is named in honor of the physician-scientist who led the team that discovered the NF1 gene in 1990. Collins remains at the forefront of advancing translational science as director of the National Institutes of Health (NIH), which invests approximately $41.7 billion annually in medical research for the American people.

Working in the lab of D. Wade Clapp, MD, Rhodes has developed mouse models that accurately mimic the progression of benign plexiform neurofibroma tumors into malignancy. MPNST is the leading cause of death in people with NF1. Rhodes is working to identify potential new therapies to treat MPNST, and ultimately, hoping to find a way to prevent plexiform neurofibromas from becoming cancerous in the first place.

“He has the passion to do translational science, and he is in a rich environment to support his development as a transformative scientist,” Blakeley said of Rhodes. “We want him to be in the next generation of thought leaders in NF.”

Rhodes has been mentored and inspired by Clapp, an internationally renowned translational scientist in the field of NF research. The research Rhodes is conducting at IU School of Medicine aligns with a $12 million, grant-funded national research project led by Clapp, aimed at discovering new treatments for NF1 and related cancers and disorders, funded by the National Cancer Institute’s Specialized Programs of Research Excellence (SPORE).

“My interest as a clinician and scientist is understanding the mechanisms and processes that drive the progression of these benign tumors into this devastating, highly aggressive form of sarcoma,” Rhodes said. “I hope to actually identify new therapies to interrupt and prevent that tumor progression.”

As a Francis Collins Scholar, Rhodes will be able to devote the next three years exclusively to studying neurofibromatosis in the lab and treating NF patients. The program provides scholars with: “It’s a tremendous opportunity to become an expert in taking care of NF patients and to develop and translate therapies from the lab into clinical trials,” Rhodes said.

Rhodes received his medical degree from IU School of Medicine in 2015, then completed a residency in pediatrics at Riley Hospital for Children, followed by a yearlong clinical fellowship and two years focused on research as part of the Pediatric Scientist Development Program supported by the Eunice Kennedy Shriver National Institute of Child Health and Human Development (NICHD) and the American Society of Pediatric Department Chairs (AMSPD).

Rhodes will continue to be mentored by Clapp, along with Michael Ferguson, MD, assistant professor of clinical pediatrics and medical director of the Precision Genomics Program. Blakeley will serve as Rhodes’ mentor for learning the process for clinical trials.

“MPNST sarcomas are almost universally fatal with a five-year survival rate of 50 percent,” Blakeley noted. “If Dr. Rhodes is successful with his work, we won’t have this cancer.”