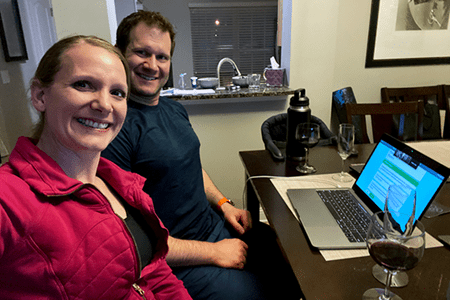 The first ever "Eskenazi ED Virtual Trivia Night" was a smashing success. Fifteen teams, including “Team Front Sort,” “Light Therapy,” “Code 2 LA South,” “Better Late than Pregnant,” and “Beckman’s Chest Hair,” competed for bragging rights and the grand prize of a set of cloth face-masks for all of the winners. The event was sponsored in part by the EM Wellness Taskforce, and was hosted by Matt Hammond from Hambone's Trivia. Hambone’s Trivia hosts live events all over the city during non-quarantine times but now has moved his skills onto YouTube live where people can play from their living rooms. Questions such as “name the body of water with more species of fish than the Atlantic Ocean” and “what are the Tom Hanks movies that have 3 of the top 100 movie quotes of all time” were questions that stumped some of the lesser competitors. Heated arguments over America’s second favorite salad dressing and the world’s second most commonly consumed beverage threatened marital harmony in several households.

The sidebar chat room banter was just as entertaining as the questions. Beam=Nerd was a chat comeback that suddenly became the team name for Dr. Daren Beam and his 11 year old son. “Beckman’s brain is like google” is a true fact that was proven yet again during the game. And faculty threw shade the residents’ way when Hambone made fun of a team for failing to correctly identify several 70’s TV show photos.

The night was a great team building event that brought together Eskenazi faculty, nurses, staff, and residents for a memorable evening. Hambone’s Trivia thanked the group multiple times for their service to the community during this pandemic and the participants returned his thanks for making this an evening well-spent with friends and colleagues. For the record, the “Just Jengas” walked away with a narrow victory and will undoubtedly revel in their mastery of “trivial” knowledge. 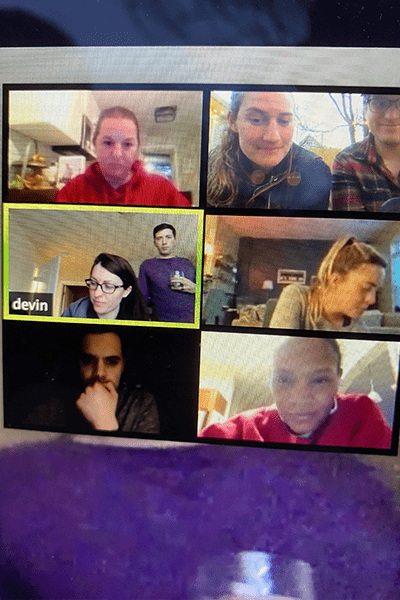 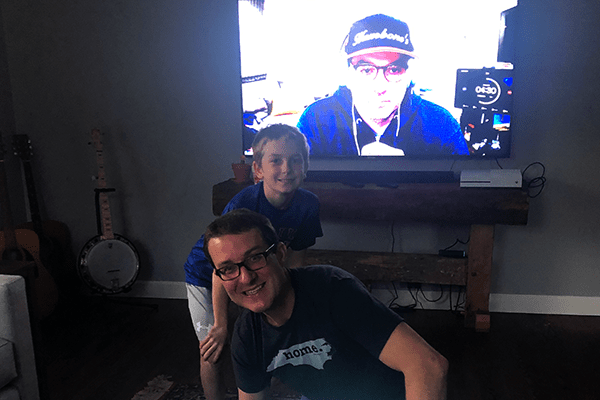