Where to watch the launch 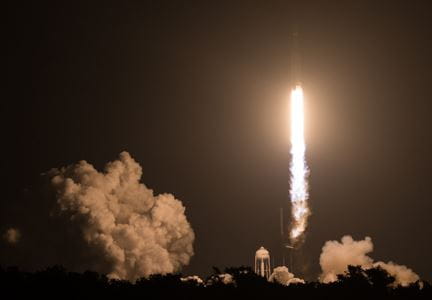 A SpaceX Falcon Heavy rocket carrying 24 satellites as part of the Department of Defense’s Space Test Program-2 (STP-2) mission launches from Launch Complex 39A, Tuesday, June 25, 2019 at NASA’s Kennedy Space Center in Florida. Four NASA technology and science payloads which will study non-toxic spacecraft fuel, deep space navigation, “bubbles” in the electrically-charged layers of Earth’s upper atmosphere, and radiation protection for satellites are among the two dozen satellites that will be put into orbit. Photo Credit: (NASA/Joel Kowsky)

What’s the next best thing to personally seeing, hearing and feeling the SpaceX CRS-18 rocket launch?  Live streaming, of course.

You can join the final countdown on July 24 (or July 25 if the first attempt doesn’t proceed) via any of these online sites. Launch is scheduled for 6:24 pm.