Transfer of our payload to the space station 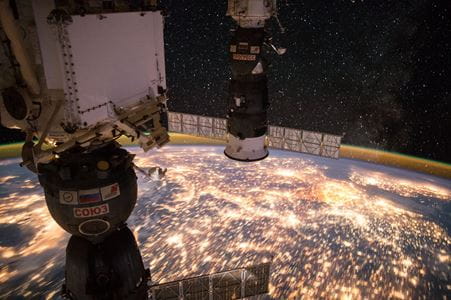 Our study has four scheduled activities which require astronaut time.

The first occurred at the end of the astronaut “work day” when our payload was transferred from the dragon capsule into the International Space Station on Sunday, July 28.

Initially all appeared to be OK; but within an hour the telemetry data was showing abnormal temperature readings with the temperature at the inlet port of the hardware, e.g. the temperature coming from the space station and going to our hardware.

Unfortunately, the discrepancy was not discovered until the crew was asleep and so it could not be addressed until the next morning. Once awake, the crew tried to determine whether there was an obstruction or any other problem. Nothing was visible. They then placed the hardware into a different location (they are called locker positions) and sure enough everything was OK.

While it is encouraging that everything appears to be resolved, we don’t know what, if anything, the impact will be on the cells. Cells, just like humans, are sensitive to temperature changes.

Since we are examining differences in genes, proteins, metabolites, etc., all of which can change with temperature changes, we don’t know whether the overnight temperature difference will significantly impact our findings.  Clearly a lesson learned is to transfer the hardware early in the day so that this type of issue can be caught and then resolved immediately.

While we are concerned about this observation, we are hopeful to still obtain meaningful data. Stay tuned for more information.