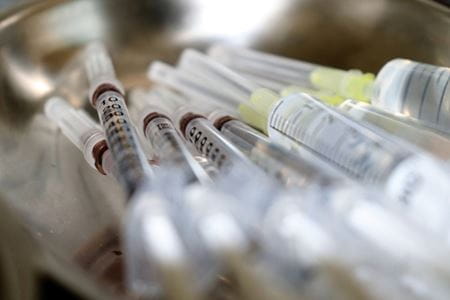 The vaccine is here and distribution is ramping up, providing hope that we are finally turning the corner on this pandemic. But along with the vaccine comes important ethical questions and debate. Here are my quick thoughts and opinions:

It’s nothing new for medicine, or for society, that there is greater need than supply. As Dan Callahan emphasized again and again in bioethics, it is inevitable that there is always more need for medical care (possible treatments that can help people) than can be provided at any time. Some people get more valuable healthcare than others, in any system. Price and access play a major role in the United States, due to our patchwork system of insurance, while elsewhere there’s more centralized planning and governmental choice. But it’s all rationing, no matter the system: a limited amount of precious resources are being directed to some and away from others. (See Peter Singer’s excellent article from 2009 in the New York Times)

Need that exceeds supply, and limited desirable resources, is also standard, of course, for society more generally. Everybody would like to have more of the things they like, but we can each only have some. All of us might enjoy a better car, more space in our home, nicer shoes, etc., but we only get some of those things. A society can distribute these things through a capitalist system (distribution by price and wealth), or with centralized planning (e.g. socialism or communism). But every system distributes goods, and any system can be evaluated for achieving or failing to achieve justice, specifically “distributive justice,” as philosophers call it.

Given we now have a limited amount of vaccine and many many people who could benefit from it, how should we decide who gets it first? How do we achieve distributive justice in this arena? So far, we are using a largely Utilitarian calculus, a common organizing principle for public health: We are trying to get the vaccine to people with the highest risk, where the shots will best improve the health of our population. That means healthcare workers and public safety workers first, then others who have the highest risk from infection, then moving on to those at lower risk. In many places, health risk is calculated simply by age, starting with those who are oldest, although especially prioritizing those living in nursing homes, since they have seen the greatest ravages in this pandemic.

Philosophers call this “Utilitarian,” where the act is chosen that can be predicted to create the most happiness and reduce the most suffering for the most people. With vaccine distribution, we aim to best promote happiness and reduce suffering by protecting health in society overall. The question is not who deserves to get the vaccine first, but who should get it in order to benefit society, overall, best. The idea is a bit counterintuitive: From this perspective, the ethical reason to give the vaccine first to the people who will benefit the most is not for them, but since by benefiting them, you are best benefiting society overall.

Even with such a clear goal, there are an uncountable number of different ways to pursue it. One could prioritize teachers, since it will benefit society so much to reopen schools, and with schools reopened they have significant risk. One could prioritize other essential workers such as grocery store employees, others in the food industry, or bus drivers, etc., since by prioritizing them you could improve and protect the services they offer.

And one could try to parse that health risk more carefully than just prioritizing advanced age. People with certain diseases or conditions may have higher risk than many people older than them. With this reasoning, New Jersey decided to give vaccines to smokers early, given the increased risk that this habit brings.

First, there is no single right answer for distribution, even if there are some wrong ones. I’m glad to say that nobody has proposed selling the vaccine to the highest bidder, which would clearly be a bad approach. While all states are following a system aimed at maximizing health benefit - vaccinating healthcare workers and the elderly first - they differ in details. And there is something to be said for such variation, given that many different systems may be ethically acceptable. Imagine the pressure and delay in trying to settle on a single national system.

Second, the goal of optimizing distribution more precisely – by more carefully identifying people’s risk levels - stands in tension with the inevitable inefficiencies that such a system creates, and dangers of people gaming the system. Take smokers: Do we know who is a smoker? If a person can get the vaccine by simply saying they’re a smoker, and maybe smoking a few packs to get their urine to turn positive for testing, then some people (many?) probably would. Or take asthma, another health condition that puts people at risk and could be used to prioritize some people to receive the vaccine. But how would we determine who has severe enough asthma to move up in line? Who would determine this and how, based on what testing? Should doctors be trying to make these decisions, writing letters and filling out forms to say which of their patients should get the vaccine, when they are so busy caring for the ill?

I believe that age, and really only age, is the right metric, probably without trying to parse risk more carefully, though I admit uncertainty. The evidence is clear that those who are older have significantly elevated risk of mortality and severe disability from COVID. Age is easy to check on driver’s licenses or other ID cards and there are public records. All other ways of gauging risk get squishy and complicated and, again, open the door to gaming the system. I don’t say this blithely, since I realize that this sort of decision has life and death implications, as does every decision about vaccine distribution. Luckily, I’m in no position to make these decisions, only to say what I think.

How bad is line jumping, of the sorts that have been reported nationwide and indeed worldwide? Answer: Bad, but please keep it in perspective. Just as there is an overall tension between the goals of optimizing impact and optimizing speed of getting the vaccine into millions of arms, so there is a tension between getting the vaccine out there, however we can, and stamping out all cheating. I abhor but can live with some people at low risk but high social power getting the vaccine, as long as it is a low percentage of the shots. I’m not saying to stop trying to block such cheating, but I’m also saying that we can’t get hung up on it.

When the IU Center for Bioethics celebrated its 10th anniversary in 2011 (our 20th is later this year), Art Caplan, PhD, a noted bioethicist, gave a talk where he critiqued the claim by some that people in the United States will never accept rationing of healthcare. As he pointed out, we already ration care by price, as discussed above. And we even accept centrally planned rationing, for instance in distributing organs for transplantation. Every day, someone’s life is saved since they were selected to receive an organ like a liver or heart, while someone else dies waiting, since they did not receive that organ. And somehow this is accepted.

Dr. Caplan proposed that there are two key reasons for this acceptance of rationing: First, the limited supply of organs is accepted as real and not artificially created. Nobody thinks that the scarcity was created intentionally or through incompetence of the government. Second, the system for selecting recipients is seen as fair and based on medical need, not on things like power, money, or connections.

Our vaccine distribution system must aim at both goals: people must know that those in power are distributing vaccine as quickly as possible, and rationally and fairly. Prioritizing smokers, I think, has the danger of undermining the whole system by raising concerns about fairness. Rampant line jumping would have the same effect. We can stomach some cheating, even if we don’t like it. But if there is too much, and the entire system will start to look arbitrary and rigged, and it will crumble.

Vaccine distribution must prioritize the health of society, choosing people to receive it first based on optimizing protecting health, and reducing disease and death, in the population overall.

Higher age, especially over 60 or 65, is an important marker for risk, and thus an excellent way to distribute the vaccine. The fact that age can be relatively easily checked and verified is key to its being such a good way to prioritize some to receive the vaccine.

Distributing the vaccine based on health risks from comorbid conditions or jobs faces challenges of line drawing, confirmation, and fairness. (Think of smokers again, a health risk that reflects choice, though also addiction.)

And while some cheating is inevitable, it must be kept to a minimum, to protect the integrity of the system. Only with an ethical system can we move forward together.

Peter H. Schwartz, MD, PhD, is the director of the IU Center for Bioethics and associate professor of medicine at IU School of Medicine.