Using Virtue Ethics to Guide Actions During a Pandemic 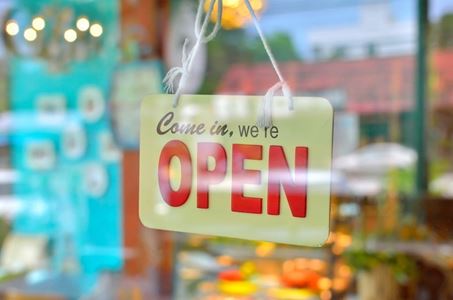 Although countries are moving through phased reopening, the SARS-CoV-2 pandemic is not over. How can we avoid deterioration to the moral fabric of our society through social media posts that politicize the crisis and the interventions meant to prevent ongoing transmission? Virtue ethics can help us navigate through the difficult times ahead by focusing actions toward cohesion rather than division.

Social media is a powerful and ubiquitous part of the current political and societal milieu.  Over the past few weeks, I have been noticing more posts about wearing face coverings. Some of these posts are helpful and supportive. Others are not. Several posts contained condemnation of those without a mask or face covering, comparing the non-mask wearers to anti-vaxxers. Comments including hostile back-and-forth posting of fact checking and CDC articles and arguments about scientific truths versus personal opinion dominate the screen.

Wearing some form of face covering will be our new normal for the foreseeable future. We should all be covering our faces when we cannot maintain a safe social distance, such as when going to the grocery store or pharmacy, while using public transportation, or on the streets in densely populated areas.  How we are reacting to this crisis and the interventions meant to fight speaks volumes about troubles in our social cohesion. Amid a pandemic when, as of the date of writing this, over 120,000 and nearing 500,000 deaths have occurred in the US and worldwide respectively due to COVID-19, we must be aware of the costs associated with politicization, finger pointing, and othering. Wearing a face covering is a public health intervention that has been put in place in order to save lives. It should not be connected to any political party, religious belief, or socio-economic status.

Virtue ethics is a group of theories that describes how we ought to act. Rather than focusing on the rules we ought to live by, virtue ethics is grounded in the building of a good moral character based on such things as benevolence, honesty, and justice. All actions that have a foundation in a just and kind character will by virtue be moral actions. In times of stress and danger, we are all challenged to regulate our emotions and respond to those around us through virtuous actions.  Vices, based on injustice, vanity, and insensitivity are often revealed, leading to morally questionable actions.

The divide in this country will only widen if we continue to use tactics built on vices that marginalize and propagate group-based inequalities. When I previously raised concerns over the morality of the CDC’s recommendations for the public to wear face coverings, it was exactly these kinds of negative consequences that worried me. The lack of transparency and failure of the CDC to effectively implement their public health recommendation has led to widespread misunderstandings of the guidelines and further erosion of trust in our already compromised public health and healthcare systems.

Let me be perfectly clear about where I stand on these issues:

When next you go out in a public setting and see the varying levels of compliance to the face covering recommendations, before rushing to post on your preferred social media platform, remember the lessons from virtue ethics. A good moral character only comes with practice, this pandemic and all the social and political fallout is our chance to practice. Acting out of compassion, generosity, and charity, even during these most difficult times, will help us to figure out how to be more virtuous human beings. Rather than judging and othering those not yet following recommendations, try instead to be charitable and understanding. You might be surprised by what you discover, and your individual actions could help, in some small way, to shift the narrative toward greater social cohesion rather than taking part in its dissolution.

Heather is currently pursuing a graduate degree of bioethics at IUPUI. She is also a GA in the IUSM Center for Bioethics and the Brand Fellowship for Bioethics recipients for 2019-20.