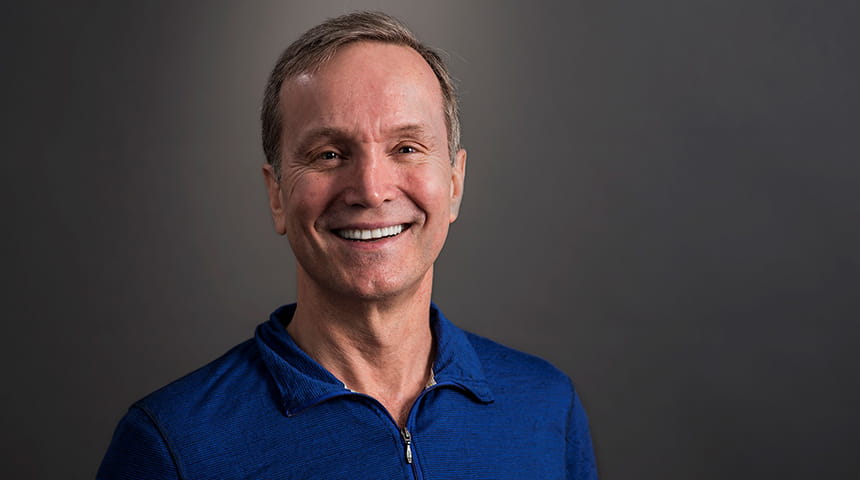 Don Brown, MD, is one of Indiana’s most successful and respected entrepreneurs, and his ties to Indiana University run deep. He earned his Bachelor of Science in physics from Indiana University-Bloomington in 1978 and later enrolled in a combined MD/PhD program with the intent of becoming a laboratory researcher. After deciding that career path was not a good fit, he switched his focus to computer science. He earned a Master of Science in 1982 before finishing medical school in 1985.

Brown launched his first software company with a friend while still in medical school. Dealership Programming, Inc. allowed car dealerships to easily calculate monthly payments for consumers financing their vehicles, a task that had previously been done on paper. In 1998 he co-founded Software Artistry, Inc., a developer of customer support software. He left to start Interactive Intelligence in 1994. Software Artistry became the first Indiana software company to go public in 1995 and was acquired by IBM in 1998.

Brown grew Interactive Intelligence into a national leader in call center and communication technologies, enabling businesses to improve customer service and productivity. He took the company public in 1999 and led the charge to migrate their software onto a cloud-based platform before most others in the industry had contemplated such a move. The company was acquired on Dec. 1 by Genesys Telecommunications Laboratories Inc. for $1.4 billion in the second largest tech deal in the state’s history.

He was motivated to establish the Brown Center for Immunotherapy at IU School of Medicine because he wanted to use part of his earnings from the sale of Interactive Intelligence to benefit society as a whole. “Immunology is the right place for a big investment,” Brown said. “It is clear to me that this is the most exciting area in all of science. It has tremendous potential for long-sought breakthroughs in cancer, but also autoimmune diseases, neurodegenerative diseases and a whole range of conditions. We have tremendous resources and talent in Indiana. Hopefully my contribution can push us over the top to do some really exciting things.”